Is half a Loaf better than no Bread? – The case for Part-time Priests by David Stratton 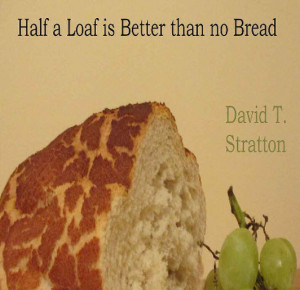 Within the space of 20 years most priests in Ireland and across the Western world will be over 70.  Already the shortage of priests is evident on the ground, but what is being done to rectify the situation?  Ordaining deacons or extending the powers of parish pastoral councils will not meet the demand for Eucharistic celebrants.  Praying for vocations will not solve the problem either unless it opens the minds of bishops to act now and address what is, to all intents and purposes, a practical problem.  It is not per se a theological issue as Jesus has given a clear command to “feed my lambs” (Jn.21:15).  If nothing is done his lambs will go hungry.

If guidance is needed on this issue, then we must look to what Jesus did and follow his example.  Jesus was aware the harvest is great and he did pray about it but then he followed up on his prayer by choosing the apostles and sending them out into the world.  And who did he choose?  For the most part, married men who were mature enough to be in tune with the world and didn’t need years of seminary training to prepare them.  And when in their turn the apostles needed help, they chose deacons but they also appointed leaders of the local church who were mature men, many of whom again were married and were carrying on a profession so that, like Paul, they would not be a burden on the young church.

What is remarkable in all of this is that many of the priests, indeed Jesus himself, devoted only a portion of their time to ministry and could be considered part-time priests, either in the sense of leading Eucharistic celebrations at weekends only or devoting a fixed number of years to public ministry.  If we were to follow Jesus’ example to the letter, priests would only remain in ministry for 3 years!

Given the crisis now facing the church, might not the idea of part-time priests be a solution to its current difficulties?  It has already been recognized in the modern world that people find it hard to make long-term commitments and indeed the nature of work for many is that there is less permanency and much more flexibility in the workplace.  Has the modern world something to teach the church about how it should structure its workforce?  In reality the nature of a priest’s work is that his time is divided between numerous tasks, many of which could be carried out by lay people, but the sacramental role, to which he devotes only part of his time, is unique.  Nevertheless, who is to say that God has not chosen others to do this work?  Even if those called are only to work one hour in the Lord’s vineyard, who are we to begrudge them their reward? (Mt.20:1-16)

At the end of the day what people want is someone to lead the celebration of the Eucharist.  It is up to those in authority to listen to what the Spirit is saying through the people.  If it means that the church’s theology of priesthood or its practice has to catch up with the modern world, well so be it, even if it means ordaining women.  Christ was quite clear in his command to go out to the whole world and proclaim the Good News.  He wasn’t altogether prescriptive about who should do this.  Paul considered himself the least of the apostles and there were many more other unworthy characters in the history of the church who despite their shortcomings allowed the Spirit to work through them.  In the words of St. Paul, “I have become all things to all people so that by all possible means I might save some” (1 Cor. 9:22).

It is time for the church in the West to begin the New Evangelization with the resources at its disposal.  What, one may ask, are five loaves and two fish when it comes to feeding a population of five thousand?  It is the generosity of the offer, to give from the little one has, that will enable God to do the rest.  In modern parlance, ‘Half a Loaf is better than no Bread.’

David Stratton
David was ordained in 1979 and worked for a number of years in Africa in both pastoral and educational roles. After completing a doctorate in dogmatic theology in Rome he returned to Ireland where he married and settled down to bring up a family. He now works in the public sector. David is the author of ‘Half a Loaf is better than no Bread: A Theology of Priesthood for the 21st Century [Kindle] (2013)

For more information about David’s book  go to:-
http://www.acireland.ie/half-a-loaf-is-better-than-no-bread-a-theology-of-priesthood-for-the-21st-century-by-david-stratton-kindle-edition/