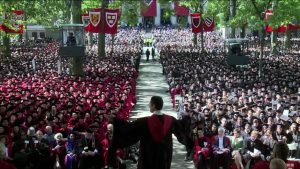 ‘Status Anxiety and the Scam Economy‘: that’s the title of an opinion article in the New York Times, mid-March 2019. Triggered by the revelation of high-profile cheating in the admissions process to elite US universities such as Harvard and Yale, the article lists a series of such obsessive efforts to acquire or retain status in a ‘highly stratified society’ in just the last two decades.

Long gone in Ireland are the days when ostentatious fasting or prayer – or climbing Croagh Patrick in bare feet – could have earned social prestige, but that does not mean that the malady that underlies all ‘showing off’ has gone away.  To the extent that we believe that some kind of favourable social feedback is necessary to establish our own importance and dignity we remain forever trapped in status anxiety.

Spectacular glamour at the racetrack or the award ceremony and ‘hugging of the altar rails’ belong to different Irish eras but to exactly the same need for social reinforcement of our ‘right to be here’.

This is far from being a problem of only the socially elevated and frivolous. Severe consequences can follow for those who conclude that the social verdict upon themselves must necessarily be negative. In early March 2019 BBC NI reported that on average 28 cases of self-harm present themselves daily at NI hospital casualty departments.  Practices such as self-cutting are too often closely connected to the power of media to convince us that if our own image is not reflected back to us, or if we are ‘trolled’, we must not deserve to exist.

Given that so many Irish young people are known to complain that ‘the Mass is not relevant to our lives’ it is now a matter of serious frustration to me that I have never yet heard a homilist point out that the Christian Creed is essentially a refutation of the authority of all fashionable judgement. It insists that a man who was socially disgraced and obliterated had not only been raised to life by God but made the final arbiter of all ‘success’. The Gospels underline the message: the first shall be last and the one who was rejected would become the cornerstone of God’s kingdom.

This delay in ‘take up’ of the relevance of the Creed is due, of course, to the fact that in living memory Catholic clergy occupied the highest social status in Ireland. While the letters page of ‘The Irish Catholic’ are still full of indignant resentment of the capture of Irish print and digital media by ‘forces hostile to the church’, how much current clerical despondency is due to the same misperception: that while the church is socially reviled it cannot have any future.

That this is a profound mistake is plain from the recent historical record.  Irish Catholic clergy were never closer to disaster than when they themselves were Ireland’s brokers of honour and shame.  Irish anti-clericalism flourishes on a vivid folk memory of the parish priest who had the power to eject an unfortunate woman from her family home and even from the parish, and we will be reminded of all that soon again in the continuing story of the ‘Tuam babies’.

It is time to recover the full import of Jesus final warning:

‘Listen; the time will come — indeed it has come already — when you are going to be scattered, each going his own way and leaving me alone. And yet I am not alone, because the Father is with me. I have told you all this so that you may find peace in me. In the world you will have hardship, but be courageous: I have conquered the world.’ (John 16: 32,33) 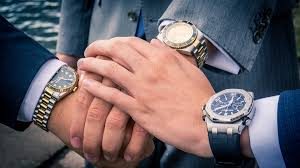 All inequality and injustice, all ‘consumerism’, all motivation towards social ascent for oneself and all social contempt for others arise from the mistake of believing in the authority of the society that envelops us to judge ourselves and others.  To overcome this problem there is no alternative to the seeking of relationship with a higher authority, one that is timeless and transcendent, one that has ‘no favourites’.

And that is why the development of a habit of continuous prayer is crucial to our own health and the recovery of the church.  We need also a revised understanding of the history of the church. Clerical social elevation – and especially capture of political power – was the root source of Irish societal revulsion toward Christianity.  And the roots of the church’s earlier evangelical spread lay in its earliest indifference towards social contempt.

It is time to understand why Jesus would tell us we are blessed when we are abused.  To be socially reviled is to have no option but to search for another deeper source of self-acceptance.  When we look, seriously, where Jesus looked we find the treasure hidden in the field – and can never again take fashionable judgement – the supposed wisdom of current public opinion – seriously.

Far from being the end for Irish Catholicism, the secularist seizure of media power in Ireland – the power to award both honour and shame – needs to be seen as a liberation of the Irish Church. It marks a necessary separation of the church from ‘the world’, a separation necessary to the understanding of Jesus’s mission. We cannot find the Father so long as we ‘look to one another for glory’ – and he was never closer to us than he is just now, when we are often truly ‘poor in spirit’.