Women deacons – when will we know? 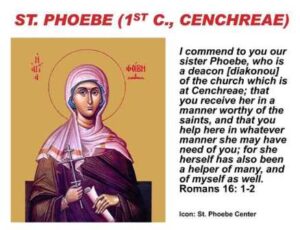 Women deacons – when will we know?

When Pope Francis created the Study Commission on the Women’s Diaconate on 2 August 2016, it was generally assumed that he had enjoined it to consider the possibility of allowing women to serve as deacons in the Roman Catholic Church. Not so according to Cardinal Ladaria, the prefect of the Congregation for the Doctrine of the Faith, the commission was set up with a focus on women deacons historical role in the early Church rather than on ordination.

In April Cardinal Ladaria wrote an article in L’Osservatore Romano reiterating and clarifying the position of the Church regarding the impossibility of ordaining women to the priesthood and by implication denying the possibility of the re-introducion of the diaconate to women. This may have been in response to Cardinal Christoph Schönborn, Archbishop of Vienna, who had remarked to Die Presse in an Eastertide interview: “Ordination [of women] is a question that surely can only be settled by a Council. A pope cannot decide this by himself. This is too large a question for it to be settled from the desk of a pope.”
Cardinal Schönborn’s carefully chosen words referred ostensibly – though not explicitly – to the ordination of women as priests. They could, however, be taken to encompass another question: the ordination of women as deacons, which, as Cardinal Schönborn indicated in the interview, has not (yet) been ruled out as impossible.

In a blog on the Conference of Religious Orders website last month, Phyllis Zagano, theologian and member of the commission, comments

Whether the Church in one territory or another would accept the restoration of women to the ordained diaconate is a serious question. One seminary rector commented recently that because the Church (in his view) had not yet figured out the diaconate, it would not be wise to add women to the mix. Also not long ago, an Irish priest-professor commented that the only reason to ordain deacons was a shortage of deacons. To the first objection, women comment: we can figure it out in no time. To the second objection, the obvious answer is simple: the Church needs the ministry of women.

The reactions of large parts of the Church to the prospect of women deacons is generally positive. Women see an avenue for professional ministry, the people of God see a prospect of more ministers, and the bishops see a solution to the growing disenchantment with the Catholic church.

A recent survey by The Center for Applied Research in the Apostolate at Georgetown University (CARA), reached out to all 777 U.S. religious institutes and societies of apostolic life. These included members of the Conference of Major Superiors of Men (CMSM), the Council of Major Superiors of Women Religious (CMSWR), and the Leadership Conference of Women Religious (LCWR), as well as 137 contemplative women’s groups. Almost three-quarters of superiors said they think it is possible to sacramentally ordain women deacons, and that the Church should do so. Only 45 percent, however, believe the Church will do so.

The lack of women’s leadership in the church was discussed during the recent Synod of bishops on young people. Although the final document does not mention women’s ordination — neither to the priesthood nor to the diaconate — it acknowledges that women have been excluded from decision-making processes even when they “do not specifically require ministerial responsibility.” Elsewhere in the document is an acknowledgement of the affirmation that “the absence of women’s voices and points of view impoverishes discussion and the path of the church, subtracting a precious contribution from discernment,” and “The synod recommends making everyone more aware of the urgency of an inescapable change.”

With this small crumb of comfort will we see a softening of the opposition to the re-introduction of the diaconate for women?

( With thanks to The Wijngaards Institute for Catholic Research for permission to post this article.    They work to enable Catholics to overcome ingrained prejudices and missed opportunities on women’s equality and ministries in the church, sexual ethics, marriage, and church authority @ http://wijngaardsinstitute.com/    )