A Vital Experiment: Autobiography of Jesus – to c. 34 CE 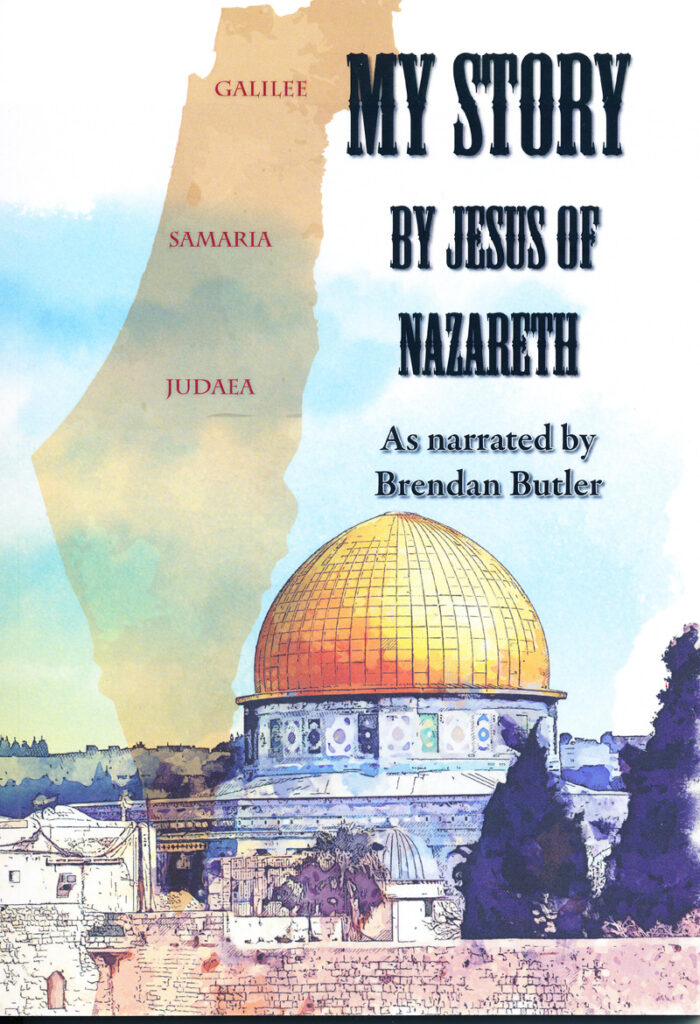 by Jesus of Nazareth

As narrated by Brendan Butler

Former President of Ireland, Dr. Mary McAleese and leading church historian and religion writer, John Cooney, have come together to recommend a new book on the life and death of Jesus Christ.

The book – My Story by Jesus of Nazareth –
as narrated by Brendan Butler – adopts a unique format of presenting the two thousand years old events surrounding the life and crucifixion of Jesus of Nazareth in an autobiographical format.

This  novel and riveting literary approach is the brain-child of Irish theologian and human rights campaigner, Brendan Butler.

“For the first time in 2000 years this is the inside story of the life and death of Jesus of Nazareth as told by himself,” enthuses John Cooney, former Religious Affairs Correspondent of the Irish Times and the Irish Independent.  “A brilliant idea executed with finesse by Brendan Butler”, the veteran writer adds. “This is a page-turning book which will truly change your understanding and appreciation of Christianity.”

Equally enthusiastically, ex-President, Dr. Mary McAleese, now a qualified canon lawyer and campaigner for a greater role for women in the Catholic Church, writes that “every generation needs to look at the story it has inherited about one of history’s most influential characters, Jesus of Nazareth.  “He is the subject of countless books, articles, poems, paintings, sculptures, music and of course speculation.”  “Brendan Butler speculates here in order to open up an accessible debate on the relevance of Christ to contemporary debates. He makes an interesting case for retrieving Jesus from vested interests and layers of obscuring dust.” 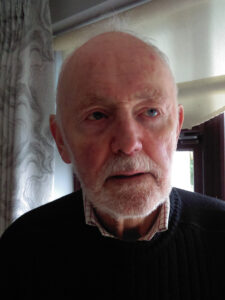 The Author,  Brendan Butler graduated from NUIG and from the Antonianum University, Rome with a degree in Theology.  He taught as a Secondary School Teacher specialising in Religious Education for forty years.  He founded Irish solidarity groups for El Salvador and Algeria.  He was one of the three organisers of the February 2003 protest against the invasion of Iraq which brought 100,000 people onto the streets of Dublin  He helped to revive the ‘We Are Church Ireland’ movement for the reform of the Catholic Church and was its spokesperson for many years.  He kept up- to- date throughout his career in the Biblical search for the historical Jesus of Nazareth.  This interest led him to write this book based on the most up-to-date biblical research in the quest for the historical Jesus of Nazareth and he hopes it will lead to a discussion on the relevance of the historical Jesus of Nazareth to contemporary society.

Brendan self published this book and it can be purchased for 10 Euro, using information to be found by clicking the illustration above.

ACI Editorial Note: This is an important book. Only Jesus could know for sure what it was like to be Jesus, and — when his message was rejected by the powers of his time — go into total darkness to prove that death ‘has no dominion’. I know of no scripture scholar in pursuit of the ‘historical’ Jesus who has ever attempted this – when every Lent we are invited to go to the heart of that mystery – the interior ‘suffering’ of the founder of Christianity.

Do not expect to agree at all points with Brendan Butler‘s ‘take’ on this mystery. Simply marvel at what you can learn about the world in which Jesus lived, and go on meditating, as all of us must, on how any man could have attempted to overcome the mystery of evil and the violence of a cruel world – without himself being contaminated by that violence.

At least one review article will follow here as we head for Advent and Christmas 2020 – because Jesus of Nazareth was quite definitely as vulnerable a human being as the rest of us — and Brendan Butler can take us very far indeed into the mystery of what it was like to be him – with Calvary waiting.

And please tell us when you have read this book what your own ‘take’ would be on the questions that arise for you from it. All Christians need to be doing just that in these times.