So impossible is the Bible story of Jonah that we surely must take it as a sacred allegory, a storied metaphor for the many and varied disasters that can transform completely the lives of those who suffer them.  Any of us can get thrown overboard when we least expect it these days – and then find ourselves in an impossible darkness, a place of disorientation and apparent defeat.

So has it been in recent years for all who remember a totally different ‘Catholic Ireland’ – when the church’s future seemed secure, and no shipwreck was on anyone’s horizon. Now we find ourselves both underwater and in the dark, thrown off the deck of a secularising Ireland by those who have decided that we and our faith stand in the way of all ‘progress’. 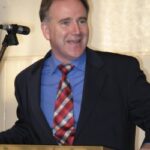 As if to wave a final goodbye, Patsy McGarry of the Irish Times told us on Nov. 7th, 2017 that our schools had failed to provide Ireland’s commercial and banking elites with the moral backbone to resist the excesses of the ‘Celtic Tiger’.

“Would developers have been as reckless had church-run schools been effective? Would bankers have driven the economy over a cliff? Whatever happened that laudable ‘Protestant probity’ once associated with Irish banks?”  These and other questions underlie the growing defection of younger generations from church practice, according to McGarry.

The mention of ‘Protestant probity’ tells us that we are not the only ones to be thrown off the deck:  Christianity itself is to be challenged, and probably all religion –  charged with  moral bankruptcy. 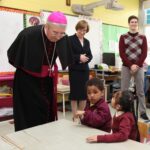 This is, of course, grist to the mill of the Enlightenment’s claim that reason, shorn of Christian faith, can deliver Utopia – and that Catholic schools especially are a barrier to that.  That Ireland’s developers and bankers might in fact have been in thrall to the economic ideology of the Enlightenment (beginning with Adam Smith) rather than to the call of the Christian Gospel did not occur to Patsy McGarry.  ‘It’s all the fault of faith schools’ is the more saleable cry of the moment.

Yet before we all protest this obvious scapegoating of the churches we need to remember why Jonah had found himself on board that ship to begin with.  Had he not been running away from  the risk of facing Nineveh with its imperfections? 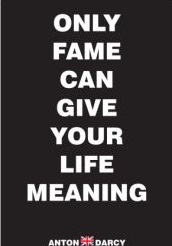 To the same effect, was Catholic social teaching ever advanced with sufficient strength by our clergy and educationists in Ireland – in all schools and parishes – as part of a critique of the social blindness of our rising commercial and political elites?  Similarly,  was ‘worldliness’ ever unpacked as we lauded the effectiveness of our schools in producing ‘successful people’.  Can anyone remember a homily – or a clergy-led parish discussion – on the dangers of measuring ‘success’ in terms of social acclaim, or on the vanity of celebrity-seeking?  Who has heard a sermon on the silliness of supposing that an iPhone X, or even an iPhone XXX – or a Lamborghini – will make us instantly, more worthy?  Are Catholic teenagers even yet being told in school and church that the aim of becoming famous just for the sake of being well known is the very last word in futility?

Following Vatican II, did any parish community anywhere in Ireland experience regular opportunities for critical discussion of the huge changes that came to Ireland then – of the rising power of media to make us ‘lose the run of ourselves’, and of the moral dangers of excess that could come with easier times?

And must we not indeed wonder why Ireland’s political elites – mostly the products of our Catholic schools – are so complacent in the face of the homelessness of so many children, while so many adolescents wait endlessly for attention to their mental health issues, and so many urban families wonder if their incomes will cover their mortgage payments next year?

It could not be a better time to ask such questions, with Ireland set to receive a visit from the Pope in 2018.  In the whale’s belly still – in terms of morale – we have an opportunity this Advent to reflect not only on the problems of the family but on the necessary role of the family in teaching social solidarity, moderation and generosity of spirit.  The decades of denial of adult dialogue that underlies the serious weakness of the Irish Church can now be repaired, beginning in 2018 – if our bishops especially have had enough of the whale’s belly.  Who better than Francis to pull us out? 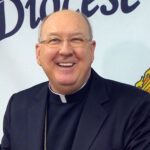 This is a time for reorientation, and the means for that lie to hand.  Cardinal Kevin Farrell (Prefect of the Vatican Dicastery for Laity, Family and Life) assures us that the pope will challenge us next year to a new era of mission – and not just to mission in Ireland. To begin to consider that is to address the question of what underlies the pursuit of social acclaim through personal aggrandisement – globally. What have we Catholics lost as a result of our demotion by media, other than our complacency and our illusions?  Do we really need to restore those?  Are we now not in the very best position to proclaim that God loves us even so – and to ask the most searching questions of an Ireland once more in ‘economic recovery mode’?

For example, how wise is it to suppose that if we can accumulate a  million ‘Likes’ on social media, or two million Euro in business, or even a few movie Oscars or a houseful of sporting trophies – we have added anything of real importance to our central ‘being’?  Are all of the ‘games’ that the world now arranges for us not in fact a whirlwind of distraction from the reality that we were always, and will always be, ‘somebodies’?

That the value of every human person is sacred from the beginning, and then unchangeable forever, is central to Christianity.  The whale’s belly is merely a ‘wake up’ call to the futility of trying to add value to ourselves – by ‘looking to others for glory’. No message is more needed by an Ireland in thrall to the illusion that we do not already possess the treasure that we seek.

Yes, folks, this is indeed an early plug for Christmas 2017!  Rescued as we soon again will be from the fear that we have been forgotten, we Catholics will be very well placed indeed to ask such questions, and to deliver that message.  We might even be ready to tell Pope Francis next August exactly what he needs to hear.  Trained well by experience of ‘social trauma’, and woken up to the central ‘good news’ of the Gospel, we can and must become the ‘field hospital’ for the many other casualties of entirely bogus ‘failure’ in Ireland.

It will soon be time for all of us to wake up to rescue from the belly of the whale – to the realisation that we must not look to media – the new brokers of honour and shame – to pass the final verdict on the record of  our church in Ireland.  What matters is our own relationship with the living truth, the Lord who forgives and then restores the soul. There is no such thing as a ‘ruined life’ when the Lord dwells within and among us – so why not wake up fully right away to the challenge of using all of our gifts to restore the dignity of the poorest in our society?  Is this not what our missal texts are telling us these days?

Our Irish church is surely called just now – by the times we are still going through as well as by Pope Francis – to become yet another ‘sign of Jonah’ – proof of the power of the Holy Spirit to ‘make all things new’.