A Crossroads for Women in the Church: Joan Chittister

The 20th-century Jesuit philosopher Pierre Teilhard de Chardin wrote: “The only task worthy of our efforts is to construct the future.” My concern today is how to construct a new future for women around the world through the global outreach of the church. 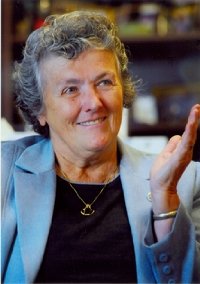 The American Academy of Religion and its companion association, the Society of Biblical Literature, is known for gathering forward-thinking theologians across denominations for the sake of cross-pollinating the best of religious research and thinking. So it’s not surprising that at this year’s Nov. 22-24 conference in Baltimore that part of the conference agenda was a panel of speakers whose own interests might give us all a snapshot view
of Pope Francis and the challenges he faces in dealing with various current questions.

On this panel was Sr Joan Chittister OSB, an American Benedictine author and speaker. Her contributions to the event were recently published under the title: From Where I Stand.

The article is reproduced here with thanks to NCRonline.org.