Are Irish bishops truly serious in echoing the view of Ireland’s National Synodal Synthesis – that a conclusive ‘reckoning’ on the issue of clerical sexual abuse of children has yet to happen in the church? If so will they now call upon the Pope and the Universal Synod of Bishops to remove the obvious barriers to such a reckoning that the hierarchical church has maintained since the abuse crisis began in 1984?
~

In a December 2022 statement Irish bishops repeat the assertion of the Irish National Synodal Synthesis that a ‘reckoning’ on abuse in the church has still to happen. They quote the following paragraph from the National Synthesis:

“There was a palpable sense that despite many efforts by the Church, a ‘reckoning’ had not yet taken place, and the synodal process generated a clear imperative to place this issue at the heart of any Church renewal and reform. A submission noted: We must pledge ourselves to journey with survivors, to meet with them, preferably in small groups where dialogue is possible and opens us to the presence of the Spirit.”

Who do Ireland’s church leaders suppose should initiate such a ‘reckoning’ after three decades of church scandal, when everywhere the hierarchical church has deliberately dealt with survivors individually – often imposing non-disclosure agreements on receivers of settlements – and failed to provide victims of abuse in the church – or the people of God – with any corporate representative structures?

No Irish diocese has ever even projected a full reckoning on the issue of abuse, to end the isolation of survivors with a view to final reconciliation. This effectively means that the Irish church remains divided into three separate bodies: first, clergy; second, clerical abuse survivors; third, the now radically declining body of church goers.

The 2022 synodal process managed to involve only seven Irish survivors – and their submission was an indictment of the ongoing typical treatment of survivors as adversaries – by church servants who too often showed an inclination ‘to sacrifice survivors for what they considered to be the good of the Church‘.

And no Irish diocese yet has a permanent forum where anyone could ask why this is still so.

This is the deliberate maintenance of an imbalance of power between survivors and Irish church leaders, and the isolation of survivors from the wider church-going community.

When and Why did Secrecy Begin?

Meanwhile there has never been even a hint of an in-house attempt to uncover and reveal the root of the ghastly mishandling of the issue via secrecy and recycling of malefactors. What reason do survivors have to believe that they will live to see such a reckoning? 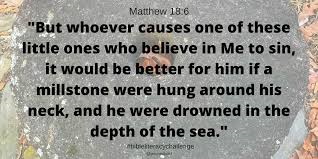 Ad nauseam we have been assured that celibacy does not cause clerical child abuse – but what caused the cover up by bishops everywhere, which empowered abusers and protracted this disease for centuries? When and why did it become standard procedure for the hierarchical church to ignore what Jesus had said should happen to those who caused children to stumble (Matt 18:6) – and to hide, systematically, the fact that the ordained could ever do this?

Did the rule of celibacy and the elevation of celibate clergy as more perfect models of Christ truly have nothing to do with the intensification of the practice of secrecy since the Protestant Reformation of the 1500s – as outlined by Tom Doyle in his brief history of this issue?

Given that Rome has not ever offered even a hint of interest in discovering the roots of this malignant secrecy, the onus must surely rest with the hierarchical church to prove that this had nothing to do with the preservation of the myth of a celibate clergy.

The obvious block on the disclosure of the full historical record, at the highest level, is a barrier to belief that living survivors will ever see a full reckoning. Those at the local level who don’t control access to the full historical record can speak of a reckoning easily enough, as another pious thought –  just something for the historians of the 2100s to get into.

Given the imbalance between the Irish hierarchy and the sufferers of abuse, the former can defer to the notion of a ‘reckoning’, while knowing full well that in their own time everything is being done at the centre to block all means of getting there.

So if Irish bishops are serious about a full reckoning, will they now call for a full disclosure of the historical origins of the greatest mistake ever made by church servants – the hiding of a phenomenon that has plagued the church for centuries and will continue to paralyse it until the mistake of secrecy is traced to its poisonous source, and rooted out?