ACI at the National Pre-Synodal Assembly 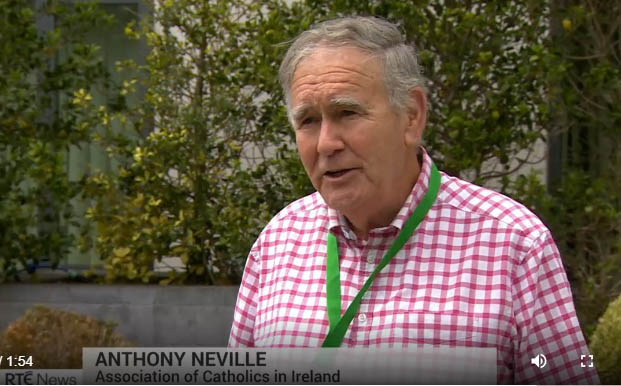 Pope Francis has been speaking about synodality since 2015 when he called for a listening church, walking together in synodality. He launched the Universal Synod in October 2021, calling for listening and reflection at parish, diocesan and national level in every country world-wide. The synthesis from this process will inform the agenda for the Synod of Bishops to be held in Rome in October 2023, which will address the question of a synodal church. The Irish bishops embarked on a Synodal Pathway in March 2021 leading to a National Synodal Assembly within five years.

The ACI have campaigned for years for the structures called for in the Vatican II document Lumen Gentium Article 37 – to enable the laity to contribute to the mission of the Church – and recognising the opportunity presented by the synodal process have actively supported it. However, as there was no awareness or understanding of synodality, we held a series of nine talks, with excellent speakers, to examine the synodal process to determine how we, as the people of God, could make an effective contribution. In view of this positive action and as a representative reform and renewal organisation, the ACI were invited by the Synod Task Group to contribute our synthesis of members’ views to the National Synod. This was presented on the 28th May and we were invited to attend the National Pre-Synodal Assembly in Athlone on 18th June.

160 delegates from the 26 dioceses on the island of Ireland attended the Assembly, and this included members of religious congregations; representatives from other Catholic groups and lay ecclesial associations; bishops and priests. Delegates reflected on the findings and messages emerging from the local diocesan listening phase of the Universal Synod, and drew from the over forty submissions received.

The members of the Synod Task Group had read all the syntheses and presented an overview of the main themes identified:

The themes were not prioritised but were loosely grouped together in light of commonalties that were recognised. The consensus of those I spoke to was that the presentations were honest and reflected the material of the many syntheses submitted. Delegates spoke about what they were hearing and what resonated with them. Inevitably the concern around absent younger generations was significant: even if hot topic questions on LGBTQI+ and the role of women are resolved, what does it matter if there is no one left to benefit, and no church?

I spoke during the Assembly and made the following points:

Bishop Brendan Leahy, deputy chair of the Steering Committee, was asked if the bishops would write the final synthesis to Rome. This was a concern, identified at parish and diocesan levels, during the synodal gatherings – that the national report would be sanitised. He said the bishops had given the task of the synodal pathway to the Steering Group, every step was transparent, and the preparation of the final report was a synodal process and would be transparent and published.

There was a media conference during lunchtime and I was invited to join Dr. Nicola Brady, chair of the Steering Committee of the Synodal Pathway and Bishop Brendan Leahy, deputy chair, to meet the media. I was interviewed by RTE TV and in an edit shown on the news, made the point that Canon Law had to be changed to allow true co-responsibility in the Church, remembering that in reality only 5% of the Church are clergy and 95% laity.

During the Assembly, Dr Nicola Brady, said, “Our pre-synodal Assembly represents an important moment in the life of the Church. Faith for many people in Ireland today, and the experience of being part of a worshipping community, are important and much valued parts of their lives. As a Church we take great encouragement from the number of people who have taken part in this listening process so far, and we are deeply grateful to all those who gave generously of their time to make this possible.”

“The Church approaches this synodal process with great humility, conscious that there is much work to be done to build relationships of trust within and beyond the Church. We are called, not only to listen respectfully to one another, but to what the Holy Spirit is saying to the Church as a whole. What we heard today were many common themes emerging such as: the continuing importance of faith in people’s lives; reflections on the sense of belonging; expressions of how abuse is part of the story of the Church; a call for much greater roles of women at all levels in the future of Church; attention to sexuality, relationships and LGBTQI+ concerns; references to topics such as education and catechesis, youth, family and co-responsible leadership, lay ministry, culture and the impact of Covid-19; as well as to faith formation, clergy and liturgy. It is clear from today’s gathering is that there is a great responsibility on everyone to build on the listening that has taken place to date, with actions that will help the Church to be more pastorally sensitive, to be a place of welcome and belonging for all, and to better support people to live out and share their faith. In short, today has been an invitation to rediscover the presence of Jesus in our relationships in everyday life, starting in the family.”

The reflections gathered at the Assembly, building on the listening submissions received, will help shape the content of Ireland’s national synthesis to be submitted to the Vatican in August for the Universal Synod. This work will be overseen by the National Steering Committee and the final report will be published and developed as a resource to continue the synodal dialogue into the future.

The Assembly concluded with a Prayer Walk at the sixth century monastic site of Clonmacnoise. The closing liturgy provided a hope-filled moment of thanksgiving for the work completed so far, and prayer for healing and renewal in the Church.

To view an RTE segment on the Athlone Assembly, including a short RTE interview with Anthony Neville, click here.