ACI discusses marriage and the family with archbishop Diarmuid Martin

Association of Catholics in Ireland 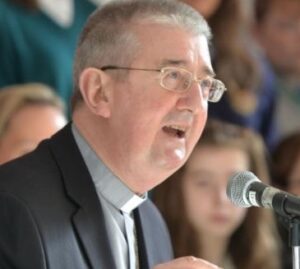 The changing reality for marriage and the family in Ireland was discussed by representatives from the Association of Catholics (ACI) with Archbishop Diarmuid  Martin at a recent meeting. This followed the ACI submission for the second Synod on the Family in Rome next October. There was a shared acknowledgement of the changing circumstances of family life, to which the result of the marriage equality referendum adds a further dimension.

The meeting was building on an earlier one last October, prior to the first Synod. The Archbishop acknowledged the recent ACI submission and said it had been forwarded to Rome. Points from the submission highlighted during the discussion were:

The ACI group stressed that a synod without the significant involvement of married laity will lack authority. The Archbishop said he also hoped for greater representation by the laity.

Both parties discussed the pressing need to engage in concrete and practical dialogue with those disenfranchised from the institutional church, and in particular those young people raised in the church but no longer active in it.

The ACI representatives made the suggestion of an all-Ireland assembly of the church to address concerns such as these and Archbishop Martin offered his encouragement to those involved in finding remedies at grassroots level. He said we needed to find different ways of being Church today.

The ACI looks forward to further dialogue with Archbishop Martin and to working with him to promote and encourage robust discussion on the future shape of the Church in Ireland.

The Association of Catholics in Ireland (ACI) is committed to the pursuit of a reform and renewal agenda in the Irish Catholic Church in the spirit of Vatican II. It is committed to helping to rebuild (through words and deeds) a united Church based on the teachings of Jesus Christ – a Church that is inclusive, compassionate, accepts the equality of all believers by virtue of their baptism, and acknowledges its failures.