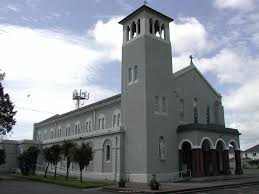 Welcome and updates read to group from Noel McCann re the 11 October Meeting on ‘Starting a National Conversation’, to be held in Regency Hotel Dublin. Julie will place notices up in Kimmage Manor Church.
Teresa advised the group re. late September meeting of ACI representatives with Archbishop Diarmuid Martin on Synod, and to advise on what has come up during our meetings.

Prayer together at start of meeting.

We discussed problems facing family life in our own experience. When did the cracks appear, when did it all start unravelling?

The various reasons given for this included

Families – what does the Church do for them

Church is not encouraging cohesiveness – bringing families together within the Church Community. After Mass there is no mingling. Are we properly celebrating the Eucharist?

We are looking for Bishops’ accountability to the people they serve. We need leaders, our voices need to be heard.

There has been too much ceremony around Bishops- regalia and kissing of rings……not acceptable anymore. David Norris’s ‘Bishops being dressed up as a Christmas Trees’ was jokingly quoted.

The cult of Bishops is not any use to anyone, putting people off religion

They need to be ‘as one’ with the people.

Highlighting of Major Points we want addressed in the Synod

Accountability of Bishops
Humanae Vitae be withdrawn
Women have voice in the Synod on Family
Synod Survey not circulated by parishes. Why?