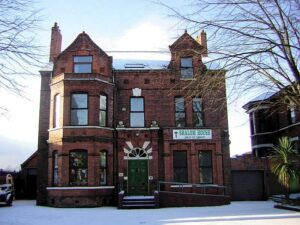 The meeting room at Shalom House, Belfast was filled by over forty people on Saturday Dec 6th, 2014 – to hear Kevin Egan argue that lay people are probably best placed to begin the critical thinking necessary for the recovery of the church.

People had travelled early on a fairly miserable day from as far afield as Coleraine, Armagh, Bangor and Larne – responding warmly to Kevin’s call to examine some of the major assumptions that underlie the undeveloped state of the Irish church in the wake of decades of scandal.

Kevin took his theme from Pope Francis’ call to lay people in Evangelii Gaudium (102) to  ensure the ‘penetration of Christian values in the social, political and economic sectors’ and to remember that strictly it is clergy who are to be at the service of the people, not the other way about.

Earlier, Noel McCann had briefed participants on the history of ACI, arguing that an important window of opportunity must now be seized to impress upon Irish bishops the determination of lay people to be active members of the church who can participate creatively in its decision-making.

The Lamb of God Community at Shalom House made us all very welcome, and the person mainly responsible for organising the meeting, Martin Murray, said that ACI North-East would endeavor to play its part in the national and global conversation that is underway at grass roots level in the Catholic Church.  When asked what he thought was the greatest benefit of the meeting, he said, “Unrestricted conversation and networking (real and virtual) are proving to be the driving forces behind change in the post-modern world of the 21st century. We  shouldn’t underestimate their power to create the environment for change that most Catholics know is needed in the Church, but feel powerless to bring about.  We also have a reforming pope in the Vatican who has opened a window of opportunity for change.  How long that window will remain open remains to be seen.  But he needs and deserves both our support and active engagement.  The intention therefore would be to build on this beginning by organising more meetings in 2015 to further explore and progress the Catholic reform agenda.”

Listen to a recording of “Helping the Church to Become more Self-Critical” by Kevin Egan, Shalom House, Belfast, 6th December 2014.

Listen to a recording of “History, Aims and Objectives of the ACI” by Noel McCann (Chairman ACI), Shalom House, Belfast, 6th December 2014.