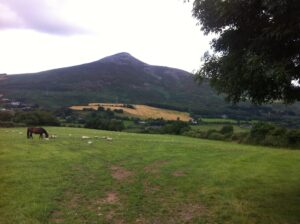 John began the meeting by welcoming everyone and offering apologies from those who could not attend. Teresa  then led the group in an opening reflection.

The agenda consisted of a discussion of the following questions:

In light of Archbishop Martin’s agreement to meet with representatives of the ACI before the Synod of Bishops in October, it was agreed to focus on points 2 and 3, with an aim to provide 3 – 4 issues to be discussed at that meeting.

John suggested a number of useful sources when identifying issues of concern. These might include:

From our group’s minutes, the most pertinent ideas include those suggestions of opening up a dialogue for the purposes of 2-way communication and the dissemination of information and the discussions related to the right of all baptized to have their voices heard.
A discussion on identifying those issues facing families ensued.

Teresa first reported back on her conversations with others. Others had expressed to her that “marriage is collapsing” under the strains of modern life and pressures which include financial insecurity and the challenge of bringing up children when faced with a pervasive drug culture and the power of peer group influences. Kevin agreed with Teresa’s comments and added that, for many, pressures on families today are so large that the Church doesn’t even come into it.

Brendan reminded the group of the various definitions of ‘family’, which might be described in its many variations as ‘Family 2014’, while John made reference to a recent Furrow article in which the Holy Family is likened to a Disney family, in that it is both an ideal and idealised. David pointed out that extended families used to be a source of much support but that this situation is less common now, while Brendan noted family set-ups which include same-sex families, families formed through IVF, surrogacy etc.

Joseph directed the discussion to a consideration of the question of ‘what can the church do?’ He stated that the Church exists with a dual purpose: to preach the Good News and to create community. He noted that a number of models for this exist within Protestant churches and noted in particular the work done by BCM (Bible Christian Mission) and the Sunday School programmes. Joseph identified two areas for further consideration:

Schools: Is the role of schools to provide information, or to facilitate transformation by promoting personal encounter with Christ? There needs to be an evaluation of faith formation for young people. For teenagers, peer opinions and peer support should not be underestimated. Brendan agreed that it is vital to nourish the education system and John later supported the” transformation over information” model, pointing out that we are living in an information age.

The Couple: Using his own experiences of a Cana retreat, Joseph expressed his concern that traditional notions of faith are susceptible to a focus on ‘externals’ rather than an internal faith and highlighted the spirituality of couples as a crucial resource within the Church.
In adding to the discussion on the role and function of schools, Eimear reported back that a number of parents she had spoken to raised concerns about the idea of taking religious education out of the classroom and into the community. Some felt that they could not then be certain of the qualifications of those delivering religious education and that the move placed an additional burden on parents, with religious education being “one more thing parents have to take care of”. A number of these parents also pointed out that Mass times are not convenient for many families and clash with other activities. In response, Sr. Anne pointed out that one problem with primary school education is that, if teachers are not sincere Catholics, how can they provide religious education and guidance? These instead should be seen as the responsibilities of committed adult Catholics in the parish. In Anne’s opinion, there are now 3 generations that have not had a good grasp of the faith.

Supporting Kevin’s earlier point, Josephine reiterated that the main problems for families are taxes, money and the issue of how to make ends meet and for many religion doesn’t come into it. She noted that many younger adults feel that they are coping quite well without religion and stressed the importance of not judging people in this situation. She also pointed out that for many in modern life, support doesn’t actually come from local clergy or the parish, but rather the reality is that we find support elsewhere. Children don’t want to go into the Church.

Nan made a point at this stage about the ‘Holy Communion hype’ that we are witnessing. Children are being made come to Mass, which is not good for anybody there. There was more to the Mass previously.

At this point, Teresa summarised that we have identified the key issues of concern as being:

She also talked of the transformative power of a well celebrated Eucharist, that we need to transform the way we celebrate the Eucharist and gave examples from meaningful experiences of this in Brazil and from a recent celebration in Christ Church Cathedral. David agreed with this, offering supporting evidence from Africa, and Nan seconded this with reference to recent funeral celebrations. Sr. Anne also pointed out that the physical set-up of churches is not well-suited to purpose.

Kevin reiterated a point Joseph made about transformation as a ‘personal encounter with Christ’ and spoke of suggestions made during a course he attended in Ballybrack, which stressed the importance of talking regularly to Christ without rigidity or formality, as God is very friendly, which is something that we can overlook in our difficulties in relating to an idealised picture of the Holy Family, about which we have little information.

The discussion then narrowed its focus to Questions for the meeting with Archbishop D Martin:

While many reiterated previous points relating to the definition of the family, the need to use straightforward meaningful language and the importance of education, Kevin pointed out that the meeting between the Archbishop and the ACI is a great opportunity. John stressed the need for communication and exhorted us to let it occur and to let it be free. In light of this, Brendan suggested that the ACI should send a letter of introduction and congratulations to Eamon Martin, the newly appointed Archbishop of Armagh. David supported this with a suggestion that the new Archbishop should be invited to the ACI assembly to be held next month.

After a circular discussion, the following points were identified as suggestions for the ACI to take to the meeting with Archbishop D Martin:

The next ACI Wicklow meeting will be held on Wednesday 8th of October 2014 at 7.30

On 11th October ACI are holding a Conversation on:

‘The Church , the Family and Society in the 21st Century ‘
At the Regency Hotel , Dublin 10.30 am to 4.30pm
Speakers include Theologian Dr Siobhan Garrigan and Abbot Mark Patrick Hedderman
Details and booking: www.acireland.ie