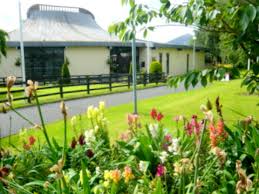 The meeting opened with a Moment of Silence for listening to Spirit deep within us at this crisis period in Church, with Synod on Family in progress. This was followed by a short prayer.

It was agreed we would see if it is possible to hold a Eucharistic Celebration in the Portacabin, as part of a future meeting.

Suggestions included choosing our own readings, and sharing reflections on the Word of God.

Some concern was expressed about centring the Mass on Passion, Death, sacrifice exclusively – forgetting that celebration of Eucharist initially centred on thanksgiving in communion of table fellowship with awareness of the presence of the Risen Jesus in our midst. A joyful well celebrated Eucharist, with communal reflection and response to the Word of God and scripture and life based hymns interpreting each stage of the celebration would attract families and provide a prime source of Family Faith formation.
Another suggestion was for the homily & discussion after Communion.
We would need to clarify what it is we are seeking in an ACI Eucharistic celebration with the celebrant in advance.
Teresa will prepare a draft form of the celebration for further discussion and decision in advance.

Four delegates – Patricia Higgins, Eimear Hegarty, Teresa Mee and John Kelly – representing ACI Central, Dublin and North Wicklow groups met Archbishop Diarmuid Martin on 2nd October.
Delegates expressed appreciation of Archbishop Martin making time to see us on eve of Synod. We had come with a carefully prepared agenda, perhaps slightly different to what the Archbishop had in mind. The meeting started with his outlining of a Synod, and specifically the 2014/2014 Synod process, stages and its composition.

Issues raised in relation to Synod on Family

A separate report on the meeting accompanies these minutes.

Faith formation through Family then, and now

In addition to what came up in our discussions on Eucharist and on ACI meeting with Archbishop Martin, other aspects of Faith formation through family were discussed .

Our next meeting is planned for Wednesday 12th November 7.30pm in Portacabin at St Fergal’s.