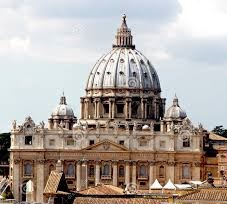 IRELAND TO BE REPRESENTED BY ACI AT ROME CHURCH REFORM CONFERENCE

Ireland will be represented in Rome on October 2nd and 3rd when an international lay group committed to reform in the Catholic Church meets to call for a greater lay representation in the upcoming Church Synod on the Family. The Association of Catholics in Ireland (ACI) will send a delegation to the conference organised by Catholic Church Reform International [CCRI], which seeks reform in the Catholic Church through a united voice and collaborative action.The group’s Forum on the Family in Rome will see worldwide delegates seek to encourage Pope Francis to review the arrangements for the Synod to ensure that there is a truly adequate and balanced representation from ordinary and diverse Catholic families with appropriate provision for them to share their views, be heard and to have a vote.

The Irish Hierarchy will be represented at the Synod by Archbishop Diarmuid Martin – and the ACI is pleased that the Archbishop has agreed to meet with a delegation from the Association prior to his departure for Rome.

In addition, during the Synod the ACI is holding a Seminar in the Regency Hotel, Dublin on Saturday, October 11th, to start a ‘National Conversation’ on the subject of the Church, the Family and Society in the 21st Century. The keynote speakers will be Mark Patrick Hederman OSB, Abbot of Glenstal Abbey and Dr Siobhan Garrigan, currently Loyola Chair of Catholic Theology at Trinity College, Dublin and formerly Professor of Liturgy at Yale Divinity School in the US. More details available on www.acireland.ie

Commenting on the current lay representation planned for the Synod, CCRI says:

“The Vatican has announced that 14 married couples from 12 nations will join 197 bishops, 15 other clerics and 16 lay experts at the Synod. We are at a loss as to how these representatives of families were chosen. In a truly transparent and accountable Church, the selection process should have been open. Moreover, only 24 women will participate as collaborators and auditors without a vote in the Synod deliberations, despite the Pope’s call in Evangelii Gaudium “to create broader opportunities for a more incisive female presence in the Church” and for the expansion of “possible roles (for) women in decision-making in areas of the Church’s life.”

Among the married couples and non-clerical auditors and collaborators selected, few represent the diversity of families within the Church, but rather organizations that generally support existing doctrine, much of which was questioned by grass-roots respondents to the Synod survey circulated globally last year. Regrettably, non-clerical participants from the faithful will be only a small minority (17.2%) in an essentially clerical forum, and will have no vote in the decision-making process.

“It seems that the Synod has been designed to ensure that bishops are being sheltered from the voices of diverse Catholic families who live their daily lives not always according to the formulations in the Catechism, but attuned in good conscience to their understanding and embrace of the word of God”.

Recently in an open letter to Pope Francis, CCRI say

“When you called the Extraordinary Synod on the Family, we welcomed this initiative as a genuine attempt to consult the people of the Church. We now write to you on the cusp of the Synod to express our dismay at the process employed in selecting participants from the faithful, a process that ignores your commitment to “involve all the People of God” and sadly reflects the continued mindset of clericalism with its reluctance to be accountable and transparent.”