Archbishop Diarmuid Martin calls for ‘change’ – but leaves no blueprint 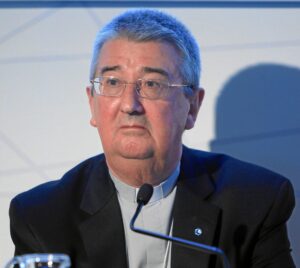 One year away from the retirement age for a bishop (75) Archbishop Diarmuid Martin of Dublin has called for change in the Irish church, and has denied that this should involve a retreat to the past. However, he gives few other clues as to what ‘change’ should look like.

In an extended interview with the Irish Times Religion correspondent Patsy McGarry, the Archbishop laments the low turnout and lack of follow-up to the 2018 World Meeting of Families and appears to suggest that only local initiatives show promise when ‘national’ events bear little obvious fruit.

(‘Diarmuid Martin Q&A: If the Irish church wants to survive it has to change ‘)

‘What worries me now were we to have big initiatives for young people with a synod on young people but what about the two synods on the Family and the World Meeting on the Family, where’s the follow-up to that?’

As an illustration of his misgivings about ‘big initiatives’, the archbishop alludes to the much touted national programme of 2011 for a radical overhaul of the Irish catechetical framework – ‘Share the Good News‘.

‘Sharing the Good News – where is it? It was assigned to a working group of different Commissions of the Bishops’ Conference and it never really took off.’

This downbeat assessment of the Irish Bishops’ Conference (which meets quarterly) is reinforced elsewhere in Archbishop Martin’s interview.

“We never have time at these meetings. The Italian and German bishops conferences ..the standing committee meets much more regularly and deals with a lot of this…and reports. At every one of our meetings there should be a day devoted to examination of a theme. Also, it’s a predominantly male meeting. There should be other forms of…we need to do our business in a different way. The danger is that some of the activities are delegated and they become dedicated to one bishop and one group and they go off and become independent of the Conference. We’re good at making resolutions but the agenda churns out as it was before…”

The need for ‘dialogue’ recurs often in the interview, but the archbishop provides no answer to how dialogue can occur when priests are increasingly overloaded – while ‘authority rests in the bishop and … everything else must be consultative’.

The Archbishop also forecasts a radical reduction of the number of Irish dioceses, but appears to dismiss the possibility that this is imminent.