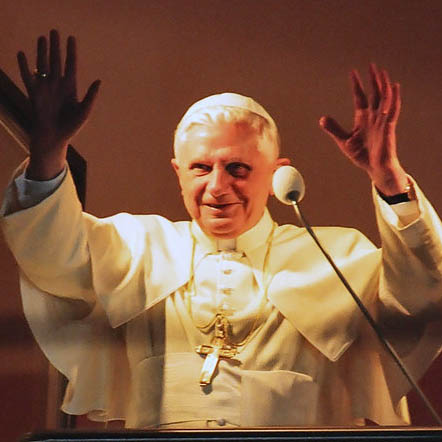 Already, in the plenitude of reactions to the death of Pope Emeritus Benedict XVI on Sunday 31st December, 2022, a paradox is plain.

No one could doubt Benedict’s devotion, from first to last, to the living truths of orthodox Catholic belief. And yet in Ireland, as in the west generally, nothing he did may have served the cause of that living truth as well as his shock decision to resign as pope in February 2013, in the wake of a tide of clerical scandal that he could not stem.

A highly gifted theologian at Vatican II, then Archbishop of Munich and Friesing, then prefect of the Vatican body for monitoring theologians – the Congregation for the Doctrine of the Faith – from 1981-2005 and then the author of the encyclical ‘God is Love‘ in 2005, Pope Benedict strongly admonished Ireland’s bishops in 2010 for their mishandling of clerical child sex abuse.

However, his tendency to idealise the sacramental priestly role left him unable to recognise and acknowledge the distortion of clericalism that lay at the root of that mishandling, and to critique the cult of clerical secrecy that had left Catholic child victims everywhere totally disarmed and vulnerable.

Nor did he ever apparently see how his earlier vigour in policing clerical expression – especially in relation to the birth control encyclical Humanae Vitae of 1968 – could paralyse discourse at parish level and discourage true communion and faith formation among the people of God. Defending even the CDF’s reliance on unknown ‘delators’ (informers) of perceived unorthodox opinions, he never seemed to grasp how this could vitiate open expression and discussion in the church, and therefore weaken rather than strengthen adult faith.

That these unseen consequences of clerical secrecy, authoritarianism and non-communion could in turn so seriously undermine respect for the faith that Benedict so strongly defended is the tragedy of his era. Enabling as it has done the church’s turn to the internal synodal reflection and discussion that he in his time could not countenance, his resignation has set a precedent for papal humility, and even papal accountability, that the church desperately needed.

As Pope Francis has reminded us, Christian authority rests in the end not upon power and rigorous legalism but upon service – so Pope Benedict XVI’s almost unprecedented relinquishing of papal power was in itself his most eloquent testament to the power of the Trinity to guide the church through all of its prayerful people.

The funeral of Pope Emeritus Benedict XVI will take place in Rome on Thursday Jan. 5th, 2023.