Bishops not equipped to pronounce on family life 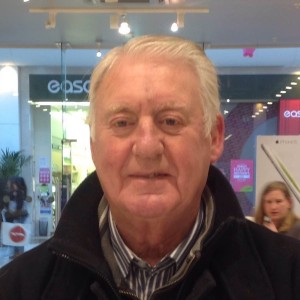 I am a lifetime-involved Christian member of 70 years of age in our Church.  I recall my awe of God as early as Communion and from the example of love from my parents. I grew up with my three sisters, and mum and dad in this way. Love was everywhere surrounding me.

It seems that I was lucky, because many of my colleagues and friends have lost interest in our church for a long time. Maybe they were smarter than me, or maybe their home life was less fortunate, but the general rule from religious and teachers throughout my formative years was one of repression, compulsion, sin avoidance at all costs – with mortal sins behind every door. I am sure that I was affected by this but my homelife saved me.

My personal faith experience of an awareness of the Lord was gloriously enhanced through association with the Charismatic Renewal in 1979, even before it became Catholic.  However, once it became so, the fizz or spiritual energy left it –  due, some say, to the controlling influence of the clerical Catholic Church.

I relished, with my late wife, all the lay ministries in our church, but I was incrementally shocked by the succession of child sexual abuse scandals and the worse cover ups which hold to this very day due to the obdurate way in which Seán Brady refused to stand down in the face of egregious wrongs, and almost without a whimper from the church – clerical or lay, which extended to my own parish of Newbridge in Kildare.  (The only exceptions were members of the organisation Voice of the Faithful, which I joined.)

I am ashamed of my parish for its silence on this issue, even though I am a sinner too. Many parishioners have left our parish, our choirs, our ministries because of this SILENCE.

To this day the Child Safeguarding Board for Children cannot enter a diocese without the approval of the bishop, and the religious orders have paid only about a quarter of the agreed amount to the State since 2002. This is a disgrace to our claim to be Christian.

The taxpayer, either Christian or otherewise, pays the shortfall.

This is a scandal compounded on a scandal.

So, the bishops want to know what we, the laity should advise them in their recommendations to Pope Francis on the Family in Rome!!!!

Their ciudas, or credibility, is so low nationally, that I find it hard to take them seriously on any issue.

Is it not incongruous that male celibate clerics of mostly advanced years should consider themselves equipped to pronounce on Family Life as advisors to the pope? They have no felt experience on what it is to marry and to rear a family in this scientific and electronic age, or in any age.

Is it not reasonable to question whether the Magisterium (as a private self-appointed club) as now constituted has the capacity to be fully open to the promptings of the Holy Spirit???

Just consider for a moment if the laity pronounced as a representative body exactly how the ordained members should conduct their priestly vocations.  Sounds rather ludicrous does it not??

Yet this is the priestly blind spot, due to the cult of clericalism which has plagued our church since the time of Emperor Constantine in the 4th century.  It has proffered powers and position to ordained males at the complete expense of the laity. This was understandable, I suppose, in Roman and Medieval times, but is a complete anachronistic model of government in the more enlightened age of democracy and high academic attainment of the masses today. But the protection of clerical power and position has been found in Tribunals to take precedence over the welfare of the church’s weakest members.

As a general rule power is hardly ever surrendered by those who have it, just like the secular world around us, but we say that we are unlike the world and that we live by the Gospel!  How the secular judicial powers have brought us to our knees in the Ryan Report, the Murphy Report, and in the Cloyne investigation!

The Gospel states that God has no favourites, and that all members are part of the “royal priesthood”- the only election we are aware of was to replace Judas and this was done by ballot!

The first act of the bishops should be to make a commitment to the abandonment of clericalism, as John Morgan, Chairman of the Board for the Protection of Children said some years back.

Lay families need to enter into their calling to be participators and co-decision makers in the running of our church and not merely advisors, in accord with Vatican II.

My contemporaries lost interest in the church, as did my own children because of a lack of relevance in the church to their lives, and any relevance and news there was in the past twenty years has been negatively explosive.

They just walked away.

Accountability and repentance (Lent could be the time)by all those responsible must become the norm. A National Synod of the Catholic Church which is representative of all elements in our society with power to contribute to the overall conclusions of the Synod must take place before the Synod on the Family.

Consultation in the selection of bishops, as promised by Benedict did not happen.  Why?

A major undertaking of evangelisation is necessary for the lapsed members to gain reentry, but this must be driven by the laity.

Existing active lay members must be empowered and trained to take on the role of passing on the faith, rather than in the schools where the teachers are lapsed in many cases, and young Christians exit their faith at Confirmation, instead of being energised with the promised gifts of the Spirit.

My own impression is that there will be little done here and the Irish Church will seek to ride on the coat tails of Pope Francis without undertaking the huge structural shifts which are necessary here.
This leaves me pessimistic I must admit, and courage is a scarce commodity in clericalist circles for a long, long time

The bishops in the Lineamenta chose to elevate the quality of married love which is lived by those practising natural birth control methods which are inherently well proven to be unreliable, and will lead to large poor families again where the mothers are confined to the home and are denied access to the universal field of the lay professions.

The implied lesser quality of love in couples who choose responsible planned parenthood is unfortunate to say the least.

How, in God’s name would they know ??

Is it not reasonable to suggest that the birth control intention on the natural methods is the same for artificial methods? It seems that the majority of responsible parenting Christians have taken this decision decades ago!!!!

Finally, I believe that many, if not most, homosexuals have been given a very raw deal by our church, and it appears quite clear now that most have that sexual proclivity from birth. Surely, if God created them in love, He is not going to deny them love in their natural state, considering that our sexual/love drive is our second strongest one.

So, my suggestion is that we have a synod here first on our church where we might learn to crawl before we offer our opinions for our octogenarian male celibates in Rome to advise what is best for us !

The Scriptures tell us: live justly, to love tenderly, and to walk humbly with our God.