Cardinal Newman’s teachings on conscience greatly influenced Hans and Sophie Scholl – guillotined by the Third Reich for treason in 1943 – aged 25 and 21 respectively. Their only crime was pacifism in the midst of Hitler’s world war.

For a link to the full story read ‘The White Rose of Conscience’ in the Irish Catholic of October 10th, 2019 – in which Greg Daly draws copiously on the work of Paul Shrimpton, author of Conscience Before Conformity: Hans and Sophie Scholl and the White Rose Resistance in Nazi Germany.

Sophie Scholl and the ‘White Rose’ movement she belonged to became celebrated in post-World-War-II Germany, as it tried to come to terms with the horrors of the Nazi regime.  She is buried in Munich, and is commemorated in the naming of many German schools.

Her last words before her execution were recorded by her cellmate, Else Gebel: 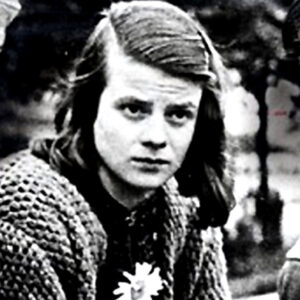 “It is such a splendid sunny day, and I have to go. But how many have to die on the battlefield in these days, how many young, promising lives. What does my death matter if by our acts thousands are warned and alerted. Among the student body there will certainly be a revolt.“

For the Wikipedia account of the life of Cardinal Newman (1801-1890), celebrated convert from Anglicanism, and huge influence on the National University of Ireland, click here.