Catholics busy in restoration of Minneapolis 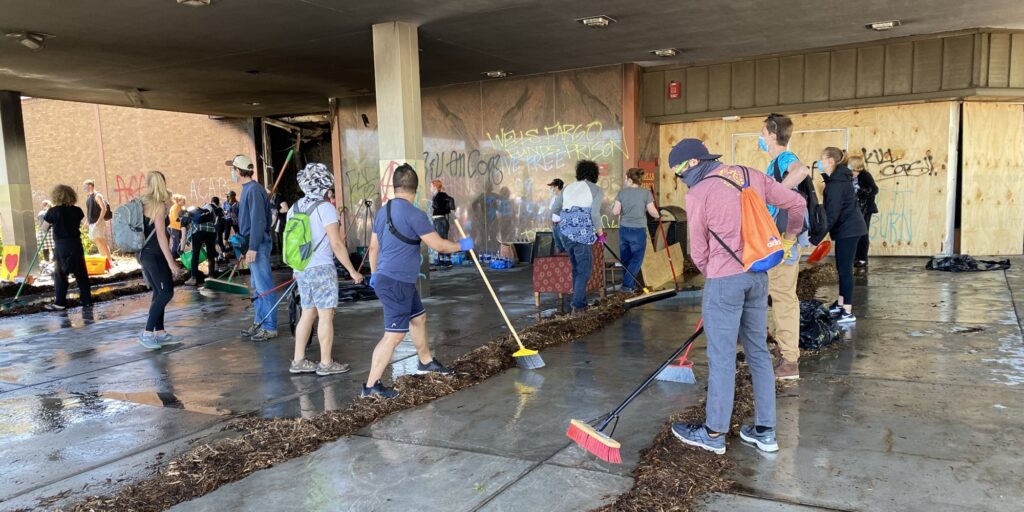 This is the heading for a story by the National Catholic Reporter of another aspect of events in Minnesota – spontaneous volunteering to repair and restore hope in Minneapolis, racked by policing violence and the angry demonstrations that followed – with rioting and looting also happening

For example “volunteers, without the structure of any formal organization, are working to transition more than 200 people to a hotel-turned-homeless shelter, getting them off the street and away from violence”

Others are organising food redistribution from suburban areas to centres where disturbances have disrupted normal supplies.

Who can doubt the multi-racial and ‘multi-colour’ aspect of what has taken to the streets following the brutalisation of George Floyd, so misrepresented by the worst Washington DC administration in living memory, seeking to justify an even more brutal response from police and military