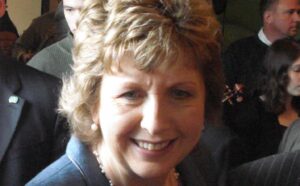 The UK Catholic journal, The Tablet, reports that on Dec 3rd 2020 former Irish president Mary McAleese, revealed at a Tablet Web event that in 2007 she had overheard Cardinal William Levada, then prefect of the Vatican’s Congregation for the Doctrine of the Faith, blaming child victims of clerical sex abuse for seducing the priests concerned.

Dr McAleese overheard the remark while attending a dinner at the British Ambassador, Francis Campbell’s residence in Rome, to mark the elevation of the Archbishop of Armagh, Sean Brady to the rank of cardinal in 2007.

Professor McAleese also strongly criticised the clerical church for its “minimalism” in child protection blaming the Vatican’s Curia for the culture of resistance to the changes that are needed.

Revelations of clerical sexual abuse of children in the Catholic church in the modern era began in Louisiana, USA, c. 1984.