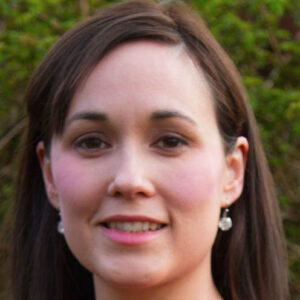 Dr Nicola Brady, General Secretary of the Irish Council of Churches, has been appointed as Chair of the Synodal Steering Committee of the Irish Catholic Church’s ‘Synodal Pathway’.  The latter – to run over the next five years – was announced by the Irish Bishops Conference at their Spring General Meeting, June 14-16.

Following  her appointment – announced by the ICBC on June 16th, 2021 –  Dr Brady said “The Synodal Pathway is an important and hope-filled development in the life of the Catholic Church in Ireland and I am grateful for the opportunity to help guide and shape this work.”

According to her profile on the ICBC site, Dr Brady has a PhD in Church history – examining the response of the Catholic hierarchy to political violence in Northern Ireland and the Basque Country (1921–1975).

Nicola holds a BA in European Studies from Trinity College Dublin. she has particular expertise in the area of faith-based peace-building on the island of Ireland and internationally, including human rights advocacy, support to victims/survivors, facilitation of civic dialogue, community engagement with policing, and research across a broad range of issues relevant to reconciliation.

Nicola is a Director of Christian Aid Ireland and the Maximilian Kolbe Foundation, which works to extend the lessons of German-Polish reconciliation post-World War II to other conflict areas.  In 2017 Nicola took part in an international workshop organised by the Catholic Bishops of Germany and Colombia to support the peace process in Colombia, engaging with victims and survivors, armed actors, NGOs and faith communities.  In 2019 Nicola became an Eisenhower Fellow and undertook a professional development programme in the US with a focus on developing the capacity of the faith sector to promote social cohesion in communities divided by race, violence, political polarisation and socio-economic inequality.  Recent publications include The Churches, Reconciliation and Addressing the Legacy of Intercommunal Violence in Northern Ireland, Glencree Journal (2021), 92-102 — co-authored with Dr Gladys Ganiel, Queen’s University Belfast; and Pulling Together or Pulling Apart: Perspectives on Nationhood, Identity and Belonging in Europe (Peter Lang, 2019) — co-edited with Dr Susana Bayó Belenguer, Trinity College Dublin.

Andrew O’Callaghan was born in Dublin and is married to Helena Smith, they have four children.  Andrew was educated at Moyle Park College, Dublin, and studied as an undergraduate in University College Dublin, receiving an honours Bachelor of Commerce degree.  Andrew is a member of the Chartered Accountants of Ireland and the Institute of Chartered Accountants, England & Wales.

Since 2001, Andrew has worked as a partner in PwC, the professional services firm providing services across audit, tax and advisory, and is its Global Advisory Leader (Asset Management).  Andrew has held various leadership roles and responsibilities over his professional career of over 28 years – working in the UK, the United States and in Ireland.  Andrew’s voluntary interests include as current chair of the Monkstown Parish Pastoral Council, Dublin and as co-founder of ‘2nd Chance Saturday’ – an initiative to encourage Catholics who may not currently practice to return and attend Mass – in Saint Andrew’s Parish, Westland Row, Dublin.  Andrew has also served as chair of Saint Patrick’s Athletic Football Club, Dublin; as a board member of Saint Andrew’s Community Resource Centre, Dublin; and is secretary, Juvenile Section of Cuala GAA Club, Dun Laoghaire, Co Dublin.

Other members of the Synodal Steering Committee are to be announced later this year.