Church Needs to be Consistent on Human Rights: Linda Hogan

Human Rights
and the
Challenges for the Church 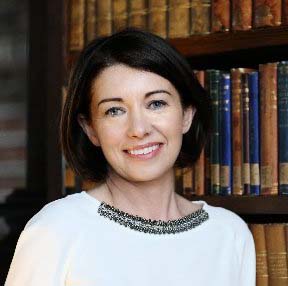 ACI was honoured to host Professor Linda Hogan as guest speaker for this Zoom call in our Synodal Pathway series, on March 24th 2022.

The recording is available below.

A divided approach to human rights in the past – and the ‘chilling’ effect of three different aspects of the church’s current stance: these call for consistency on human rights if the church is to be persuasive on the principle of equality.

This was the theme of Professor Linda Hogan’s Zoom presentation for ACI on Thursday March 24th 2022.

She gave a thought provoking account of the concept of Human Rights including the intellectual arguments around conflict between the common good and the individual’s human rights.  We heard that the language of human rights is essentially a universal language of human flourishing, wellbeing  and community that is shared by people of many faiths and those without a religious faith.

Professor Hogan described how Pope Francis in Evangelii Gaudium had no reservations about looking outside the church and condemning inequality in relation to social exclusion and poverty – while failing to resolve inequalities that exist within the Church.

Pointing to the chilling effect of ongoing shortfalls – in the church’s attitude to women, in some of its official language on sexual orientation, and in its recent handling of theological dissent – Professor Hogan endorsed the view that if inequality is an evil – as argued by Pope Francis in Evangelii Gaudium – the Church fails to see this when it looks inwards due to its blindspot in relation to internal inequalities.

Strongly supporting Fr Tony Flannery in his advocacy of a respectful and respectable process by the CDF in its handling of theological differences, Professor Hogan expertly fielded other viewers’ questions and comments – including how the principle of human rights can be compatible with the principle of hierarchy in the church.

You can watch complete recording of Linda’s important and elucidating talk, and the ensuing discussion below:

Professor Linda Hogan of Trinity College, Dublin – Chair of Ecumenics, School of Religion – is an ethicist with extensive experience in research and teaching in pluralist and multi-religious contexts. Her primary research interests lie in the fields of inter-cultural and inter-religious ethics, social and political ethics, human rights and gender.