A Church in Travail: Aidan Hart 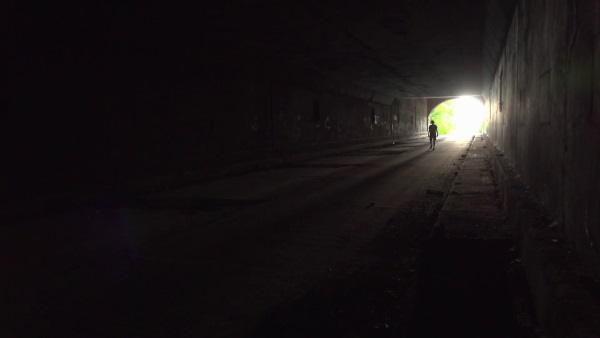 In what he sees as a seriously dark night for the Catholic Church in Ireland and elsewhere, Aidan Hart finds hope and light in the possibility of apology and forgiveness for serious recent mistakes of leadership.  The courage and dedication of former generations of Irish missionaries can still provide inspiration.

We can think of the current decline in the Catholic Church in Ireland, and likely worldwide, as a time of darkness whose future is like walking down an ever-darkening tunnel away from the light. For many Catholics this is causing a spiritual crisis, resulting in a religious loss of direction, identity, purpose, meaning, joy and commitment. For others it is a general feeling of religious malaise and indifference.

A Church in Travail
We are being led into a dark place by the Holy Spirit for a purpose. It feels like a dying Church abandoned by God in spite of His promise (Matthew 16:18). It is a Church in travail, wounded and suffering, but not forgotten by God. He called it into existence for His divine purpose. He is here beside and within each of us, within a darkness that is both personal and institutional, encouraging us to remain faithful and active in seeking change, renewal and renewed life for His Church.

The Dark Night of the Church
It could be called The Dark Night of the Church. What Marabai Starr has written of the Dark Night of the Soul (St. John of the Cross) can equally be said today of many Catholics as they contemplate the state of their Catholic Church. They just don’t know what to think because of its many scandals, parish closures and amalgamations and the serious decline in church membership in many developed countries. For Fr Richard Rohr it is “an experience of being stripped of all the spiritual feelings and concepts with which we are accustomed to propping up our inner lives … a plunge into the abyss of radical unknowingness,” a time for “brutal honesty, confession, surrender, forgiveness, apology, and restitution.”

It is a time of purging and purification, a time of repentance and forgiveness, a time of pruning for new growth, reform of outdated or dysfunctional structures and practices, a time for healing, a time for moving inwards in reflection and prayer to prepare for a reinvigorated outward moving mission to humanity, a time for change, consultation, rethinking and honest evaluation of what has and is going wrong and a time for courage to enact what is necessary to take the Church out of darkness into God’s light to the world.

A Time for Trust and Forgiveness
It is a time of trust in God, and a time for apology. Forgiveness must first be for ourselves, for without it we will lack peace, act from negative anger, and block God’s love. Forgiveness then for others, for their failings of omission or commission: without this, both they and we will remain in mutual, destructive opposition and isolation. Unforgiveness holds us all in captivity. Together and in the power of the Holy Spirit both laity and clergy can begin to rebuild God’s seriously damaged Church.

The Need for a Twofold Apology
Sincere apology must follow an admission for all the wrongs that have been done both individually and structurally. This must come first and foremost from the whole Church to God for having yet again betrayed the great gift of His Church (His own Mystical Body) to humanity, a Church that was given to help bring about His universal Kingdom of God on earth. This was to be a Kingdom of love, compassion, peace, joy and justice for all. Instead this Church was turned into a private fiefdom of power, wealth and influence for many of its clerical leaders – from whom many of the laity willingly bought a privatised and individualistic religion, a ‘discounted ticket to eternity’ in return for their unquestioning obedience and generous financial support. This apology must also go to all those suppressed and damaged by the Church over many centuries, in particular to gay people, women and an unknown number of vulnerable children who were physically and sexually abused.

A Church Forever Reforming and Transforming; A Rebirth of the Church
The sincerity of that apology will be judged by the Church hierarchy’s willingness to admit their mistakes and initiate fundamental and widespread reforms. These can only make a recurrence of this dark night less likely; being human and broken we can never say ‘never again’. Perpetual reform – built on equality, openness and accountability – must be part of the new structure; as Martin Luther said so many centuries ago, a Church for ever reforming. 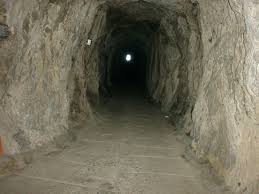 When all that begins to take place, and not before, the Dark Night of the Church will begin to lift and the divine light of transformation and resurrection to new life will begin to shine again within the small, emerging and evangelising Church of the future. Hope and joy will be reborn. If the reforms take root the transformed and reformed Church – untarnished by infighting, status seeking, power and corruption and working anew in open and equal partnership between laity (male and female) and clergy, each contributing their own unique experience and skill set to serve all humanity in the spread of the Kingdom of God on earth – will return to, and expand, the great works for God of former generations of Catholic lay people, nuns, religious brothers and priests.

Today’s Indebtedness to Past Generations
The many and generous gifts of themselves and their talents by former generations of Irish Catholics, both lay and clerical, cannot be denied. Many countries owe their Catholic faith to former Irish missionaries. Unfortunately their achievements have been overshadowed in the current crisis and decline. Let us not forget them and what they achieved. Let their heroic legacy, coupled to the power and guidance of the Holy Spirit, be our inspiration as we work to bring about a reborn and revitalised Catholic Church.

Aidan Hart is a former Head of RE in schools, with experience as a N.Ireland Department of Education inspector for school-based religious education, and in the facilitation of inter-Christian and inter-faith discussion.

The author wishes to acknowledge the generous and skilled help willingly given by Sean O’Conaill in previewing and constructively editing this article.