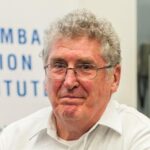 Will Cop27 confront the current global climate crisis in Egypt

With the impact of the climate crisis on the poorest of the earth’s people ever more evident, will the governments of the wealthiest nations – including Ireland – finally meet necessary targets for carbon reduction?

The first Conference of the Parties to the United Nation Framework Convention on Climate Change (UNFCCC) took place in Berlin, Germany in March 1995. Its purpose was to give a clear scientific understanding of climate change and its consequences for our planet. Not everyone agreed with the UNFCCC. People in the fossil fuel industry denied the negative consequences of carbon dioxide, while some farmers in Ireland claim that the methane produced by their cows is not a serious greenhouse gas. They reject any reduction in cattle numbers, even though 35% of greenhouse gases comes from agriculture.1

In her address to the Citizens’ Assembly on Biodiversity in September 2022 Laura Burke, the Director General of the Environment Protection Agency (EPA) stated that, there is a gap between climate action and the implementation of actions to deliver on climate action plans. According to her, current sectoral climate budgets will not add up to the 51% reduction in greenhouse gas emissions promised by 2030.2

COP 27 will take place in Sharm El-Sheikh, Egypt from November 6th to 18th 2022. The return of the Conference of the Parties to Africa stresses two very important dimensions of global climate change. Firstly, Africa is responsible for just 4% of global emissions in 2022, as against 32.4% for China and 12.6% for the United States. Overall, G20 countries are responsible for 80% of global greenhouse gas emissions. Unfortunately, the most vulnerable people on the planet will suffer the most from climate change.

Secondly, Africa bears the brunt of the effect of climate change, especially with droughts and famine affecting countries in the Horn of Africa. Somalia has endured a three-decades-long civil war, major political instability, climate change and COVID-19. This has pushed the country towards famine.

In Kenya and Ethiopia, years of insufficient rainfall has caused the worst drought in 40 years. This severe weather has had a devastating effect on farming, with millions of livestock dying and a significant drop in food production due to failed harvests.

COP26 in Glasgow urged rich developed countries to dramatically increase funding for poor countries like Bangladesh, Pakistan, Kenya, Somalia, and Ethiopia. Just a fraction of the US$100 billion promised by 2020 to help poor countries deal with damages due to climate change. Despite all the promises to reduce greenhouse gases, in 2022 concentrations have returned to pre-pandemic levels. The pledges about greenhouse gases in the run-up to 2030 need to be seven times higher to be in line with the 1.5 degrees goal of the Paris Agreement in 2015. Will COP27 in Egypt deal with these issues in a systematic and just way?

The failure of countries to keep global warming below 1.5 Celsius will mean more and more losses in future. The average temperature of the world is 1.2 degrees Celsius above pre-industrial level. In 2022, we have experienced multiple forest fires in Australia, Siberia, California, Alaska, and the Amazon. We have watched the monsoon caused by heavy rain and melting glaciers devastate three provinces in Pakistan wrecking the lives of 33 million people in that country.3

Earlier in September 2022, a group of climate scientists published a report stating the world was increasing the risk of creating environment “tipping points” which would be catastrophic for our planet. Johan Rockstrom, a co-chair of the Earth Commission and a director of the Potsdam Institute for Climate Impact Research, stated that “the world is heading toward a 2 or 3 degrees increase in global warming.”4

Responding to this bleak prediction the UN secretary general Antonio Guterres said that “climate impacts are heading into uncharted territories of destruction.”5

Climate change is a huge problem globally which, at the moment, we are unwilling to address honestly.

Fr. Seán McDonagh, Columban missionary and President of An Taisce
~