‘Cruelty of the Highest Form’: Pope Francis on Family Separation 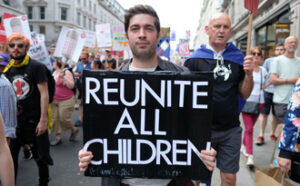 Pope Francis has called the Trump policy of separating parents from children at the Mexican border ‘cruelty of the highest form’.

In its efforts to please anti-immigrant and racist tendencies in President Trump’s support base, the Trump administration began separating the children of immigrants from their parents at the US southern border with Mexico in 2017.

Ended in June 2018 by a US judge, the policy resulted in more than 2,700 children being separated from their parents. Despite the efforts of Catholic and Lutheran charities to reunite all families, as many as 545 children remained separated from parents in October 2020, with the location of their parents unknown.

In a new documentary film, Francesco, Pope Francis declares the policy to be “something a Christian cannot do. It’s cruelty of the highest form.”