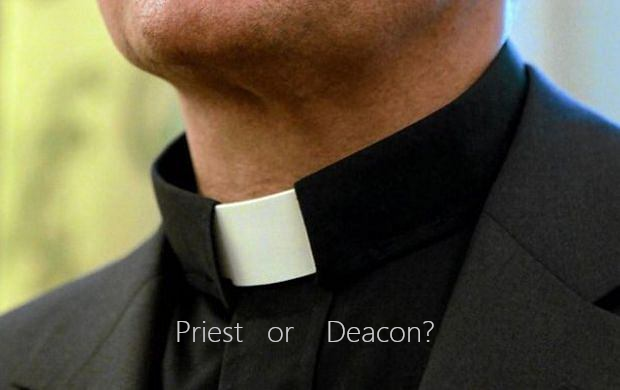 Down and Connor diocese will very soon have its first group of nine Permanent Deacons and already the process of their being clericalised has begun, in spite of Pope Francis decrying clericalism in the Catholic Church!

One wonders why all the deacons are men. There is now good evidence that the early diaconate had both men and women. Why a long period of discernment and long period of intense training for a role that any lay person can currently perform (except preach during Mass) – and many do, with little or no training? When I was appointed Reader and later an Extraordinary Minister of the Eucharist absolutely no training was given, no prior explanation was given to the local congregation and no leaflet from the bishop by way of explanation. After such a long period of discernment and training why were these men not ordained as married priests rather than deacons?

Last Sunday a professionally designed and produced leaflet from the bishop was distributed to the congregation which was then read out by the presiding priest in place of the sermon. One of the tasks listed for the new deacon was The Ministry of the Altar, when the deacon would assist the priest at the altar during Mass and distribute Holy Communion, as well as distributing Holy Communion in hospitals and in the homes of the sick, housebound and the dying. Why does he act as a glorified altar server, all dressed up in dalmatic vestments standing next to the priest at the altar as if it was a concelebrated Mass, other than clericalising him in the eyes of the congregation. The wearing of black suits and Roman collars helps reinforce that clericalisation. Why is he distributing Eucharist at Mass, in hospitals and in homes when that is already being done by lay people?

Instead of laicising the clergy the Church now engages in clericalising the laity!

The parish bulletin informed us that a reception was being planned for the new deacon after his first Mass officiating as a permanent deacon. Interestingly, when Readers of the Word and Extraordinary Ministers of the Eucharist are commissioned not a word is said to the congregations and certainly no ‘celebration’ has ever been organised by the parish to welcome them to their new role. 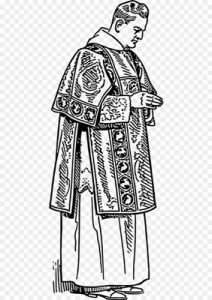 The Deacon: What need is he fulfilling?

None of this diminishes my admiration for the individual Permanent Deacons, for the long time they have spent in discernment and training, for the ongoing support of their wives and families and for the service they have volunteered to offer to their local parish communities. My worry is about increased clericalisation. My query is about how their presence solves the urgent problem of the increasing absence of Sunday Mass due to an ever decreasing number of priests, why the permanent deacons are being clericalised by standing beside the priest at the altar in full diaconate vestments during Mass as if they were concelebrating, why the black suits and Roman collars and why are they distributing Eucharist at Mass when that is already being done by lay people.

The New Testament makes clear that the diaconate was instituted to serve the needs of the poor, a role now performed very adequately in almost all parishes by the lay Society of St. Vincent de Paul. What is badly needed in parishes is a good number of well trained laity to lead programmes of adult catechesis and scriptural spirituality. These programmes will be deeply informed by the spirit of the Second Vatican Council and lead to parishioners seeing their baptismal role as being active apostles for Jesus the Christ and the spread of His Kingdom on earth, for which they are fed and strengthened by Eucharist and encouraged by their parish community.