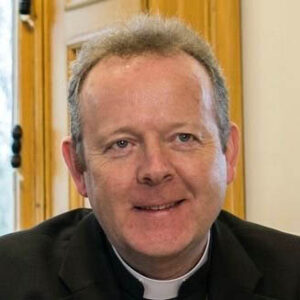 In the wake of global institutional failure, can Catholic faith any longer be, essentially, faith in an organisation?

When will Irish church leaders begin to speak creatively and convincingly about Christian faith in the wake of Christian institutional failure?

Speaking in February 2022 in defence of ‘organised religion’ to the Oxford Union Archbishop Eamon Martin declared:

“Gathering together in faith offers a crucial community of support and accompaniment; in moments of crisis it helps us confront together the most emotionally-charged problems of life such as the mystery of suffering and the inevitability of our death.”

“Religious community can only regain its attractiveness when its leaders and members are true to their calling and coherent in their witness. This is the challenge that continually lies before me, and all of us in organised religion.”

There is another more important challenge. Archbishop Eamon missed an opportunity to say that the saving grace of Christian organised religion is that it is centred on texts that warn us of the need for a faith that can survive even total organisational failure.

‘Put not your trust in princes‘ we are warned by Psalm 146. All ‘sons of Adam’ are included in that admonition. In the wake of the example of US Cardinal McCarrick it is time to acknowledge that not even princes of the church can be excluded.

“It (organised religion) offers a challenging – hopefully prophetic – voice and provides an important balance to the uncritical acceptance of facile “groupthink”.

There is indeed such a thing as liberal secular groupthink, but was there ever a more disastrous example of organisational groupthink than the global consensus of Catholic bishops that clerical sexual abuse of children must be concealed from the families of the people of God?

In that case the hierarchical church needed the separation of church and state of the USA – and its independent secular courts and media – to begin revealing the hierarchy’s own disastrous groupthink to itself.

And was there ever a more devastating critique of ecclesiastical groupthink than Jesus’s response to his own pharisaical critics: ‘You look to each other for glory‘? (John 5:44)

Still stuck today with a catechetical model centred on the schooling of children and young adults, we Catholics in Ireland have yet to experience leadership that will confront, honestly, the impact of decades of clerical aloofness and scandal upon adult Catholic faith.

It is as though the informed Catholic Christian faith that is possible in 2022 is still supposed to be the Irish Catholic faith that was typical in, say, 1962, or even 1979.

It is time to admit the necessity of a dis-illusioned Christian and Catholic faith – because all illusions are deficient and unreliable stages of faith – the ‘houses of sand’ that Jesus spoke of. Our bishops have themselves unwittingly taught us that Christian faith can no longer be dependent upon faith in any particular organisation.

Yes, we do indeed need to be organised to meet together in faith.  We must also hope and pray that clergy will be ‘true to their calling and coherent in their witness’.  However there cannot be a restoration to the clerical institution of the level of trust once placed in it.

The scale of failure of that institution has surely taught us something about faith that must never be forgotten.  It was the unquestioning trust that we Catholics once gave to the clerical church that corrupted it.  To be secure and mature our faith in the Trinity needs from now on to be of an entirely different order from our faith in any human corporation.

With the issue of administrative accountability still unresolved our trust in the Catholic clerical institution must also be in suspense.  The church as a community preceded the emergence of that institution in the fourth century and can, if necessary, find other ways of organising itself.