‘Do Not Retreat from Democracy’: Pope Francis 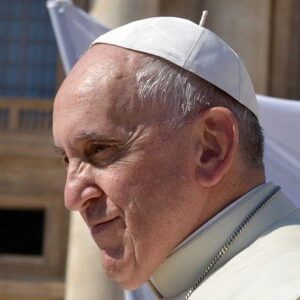 “We cannot avoid noting with concern how today, and not only in Europe, we are witnessing a retreat from democracy.”

So declared Pope Francis in Athens, the birthplace of Democracy, on Saturday December 4th, 2021.

In remarks that a conservative 19th century predecessor, Pope Pius IX would have found astonishing, the pope insisted that:

“Democracy requires participation and involvement on the part of all; consequently, it demands hard work and patience. It is complex, whereas authoritarianism is peremptory and populism’s easy answers appear attractive. In some societies, concerned for security and dulled by consumerism, weariness and malcontent can lead to a sort of skepticism about democracy. Yet universal participation is something essential; not simply to attain shared goals, but also because it corresponds to what we are: social beings, at once unique and interdependent.”

Was this especially a lesson for US bishops who do not seem overly concerned by the rise of populism and the threat to democracy in their own land, in the person of Donald Trump – and do not seem to be overly concerned either about attacks upon himself by US authoritarian opponents such as Cardinal Raymond Burke?  The rise of populist and anti-immigrant figures such as Viktor Orban in Hungary were also probably a target, given the pope’s repeated lamentations about Europe’s failures of compassion for immigrants from the middle east and north Africa.

To read the US NCR’s ‘take’ on this speech, click here.

To read the pope’s entire remarkable appeal in Athens – the birthplace of western democracy – click here.