Dublin priest calls for exorcists in all Irish dioceses 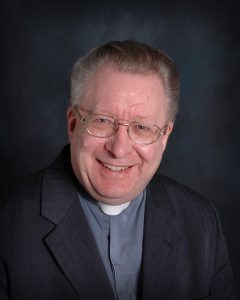 Fr Pat Collins C.M. has called on Irish bishops to appoint exorcists in all Irish dioceses – due to the growing volume of requests he is receiving “from desperate people who feel oppressed by evil spirits or who believe that their home or workplace is haunted in one way or another.”

Attributing this to a ‘growing apostasy’ – a drift from faith that leads to ‘increasing evidence of the malicious activity of the evil one’  – he writes in The Furrow of Jan 2018 that to the best of his knowledge  ‘there are very few, if any, trained, officially appointed exorcists in Ireland’, and that Irish bishops need to listen to Pope Francis who has called on confessors to refer instances of ‘spiritual disturbance’ to ‘those who, in the diocese, are charged with this delicate and necessary ministry, namely, exorcists. But these must be chosen with great care and great prudence.’

Fr Collins also chides Irish bishops for so far failing to respond to a proposal of Pope Benedict XVI in 2012 ‘that a nationwide Mission be held for all bishops, priests and religious’ in Ireland.  This was in an apostolic letter following a visitation of the Irish church by Vatican appointed cardinals in the wake of Ryan and Murphy reports of 2009.

Fr Collins also reports that he has had a positive response to this second call from the Papal Nuncio to Ireland, Archbishop Thaddeus Okolo.  He quotes the nuncio as writing: “Sincerely, I have been thinking almost in the same direction — how to help organize an intensive mission, at a national level. Something that would involve mainly priests and bishops. A sort of nationwide motivational campaign to raise awareness, spiritual awareness, a new beginning.”