Face Off: Marie Collins and the Papal Commission for Protection of Minors 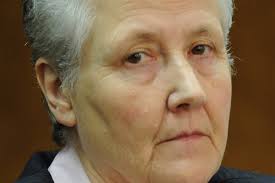 Pope Francis’s invitation to Marie Collins to serve on the ‘Papal Commission for the Protection of Minors’ (PCPM) could have important consequences that go far beyond the issue of clergy child abuse.

If Marie’s record of outspokenness is anything to go by she will insist that the commission addresses the failure of the papacy ever to dismiss from office any bishop who has endangered children by concealing the phenomenon of clerical child abuse.

For many years Marie has insisted that she suffered far more from the mishandling by church authorities in Dublin of her sexual abuse allegations against a hospital chaplain than from that abuse itself.

When her account of that mishandling had been supported by the Murphy report in 2009 she then protested strongly against the failure of Pope Benedict to accept the resignations of two bishops who had served as auxiliaries in Dublin during the period of administrative failure. Why had the pope refused those resignations, when he had accepted another – that of Bishop Moriarty of Kildare and Leighlin? This has never been explained.

What if Marie makes bishop accountability a make-or-break issue for her own continued participation in the commission?

If the commission does squarely address that issue, this could radically change the canonical relationship between every bishop and his flock. If the safety of children is made paramount in Catholic canon law, an important precedent will have been established for the rights of all vulnerable members of the church, and for the obligation of bishops to respect those rights, on pain of removal for failure.

Furthermore, it is difficult to see how the canonical rights of children in the church could be secured without radical change to the canon law system itself. Presently manned overwhelmingly by clergy, it is necessarily unbalanced in favour of clerical rights and powers.

With no truly independent judiciary or body of advocates, the canon law system would need radical reform and substantial de-clericalisation to ensure its support for the principle of the inalienable rights of children. This could amount to the most important updating of the church’s system of government in centuries. It would make even the bishop of Rome subject to the rule of a canon law system based on the equal dignity of all baptised Catholics.

“How do I regain my respect for the leadership of my Church?” This was Marie’s question in 2012 in Rome, at the symposium on clerical child abuse that led to her invitation to join Pope Francis’s new commission. “Apologizing for the actions of the abusive priests is not enough. There must be acknowledgement and accountability for the harm and destruction that has been done to the life of victims and their families by the often deliberate cover up and mishandling of cases by their superiors before I or other victims can find real peace and healing.”

Those words cannot have been missed by the pope when it came to his choice of invitees to sit on his Commission. Marie Collins has good reason to believe that she has been invited to put the case for bishop accountability directly to that body – and to the pope himself.

So lets watch this space, and keep Marie and all other survivors of injustice within the church in prayer.