Family is beautiful but fragile – and needs the Holy Spirit 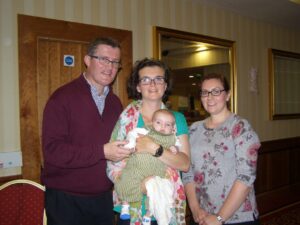 Mary Vallely provides a personal account of the ACI event: ‘Family, Church and Society in the 21st Century’ – Oct 11th, 2014 – in the Regency Hotel, Dublin

This is a very personal account of the event in the Regency organised by ACI in association with WAC, IMU, VOTFI and Pobal Dé.

There was a pleasing crowd though many of them, like myself, were senior citizens and the majority female –  but then this shouldn’t surprise anyone given the make-up of our Sunday congregations. There are moments in days like these which stay with you – which reverberate long afterwards when much of the content of the day has been lost or forgotten. I will record those moments to give you a flavour.

Sister Teresa Mee opened with a prayer and then gently suggested we sing “Spirit of the Living God, fall afresh on me.” Everyone, and I mean everyone, joined in singing with such fervour and such reverence that it brought tears to my eyes. ‘Truly,’ I thought, ‘the Holy Spirit is present’. 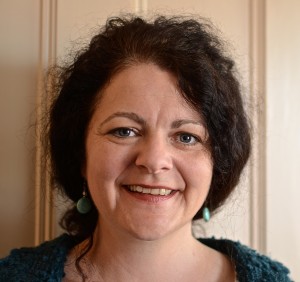 Dr Siobhán Garrigan’s remit for her talk was to address the question: “Can the Catholic Church (CC) be relevant to people in the 21st century?”

She reminded us that our church is ever moving, not a fixed thing, but that its basic core  is constant and relevant. It is the gift of the Holy Spirit – and she suggested some things which could help us respond to the Spirit and prove the church’s relevance.

Firstly a critical mass of the laity needs to be educated in theology. Trinity College, where Siobhán is a professor, is planning some courses, but in response to a question later from the audience, she stipulated that such courses need not come out of bishops’ budgets. I sensed that many in the audience had little desire to take any more academic courses.

Siobhán defined theology as an intellectual discipline rooted in social activism for the reign of God on earth. Christians are called to love and to serve but we cannot do that without being critical.

She also asked us to reflect on what being Irish meant nowadays with so many different cultures and nationalities living here now. Part of being a Catholic is being ecumenical. What makes the Church “Catholic” is its openness. It has consistently responded to others and we need to reclaim this inclusivity. We need to continue to engage with the world and that involves an element of risk taking and of being prophetic.

Siobhán praised the social teaching of the Catholic Church. To be Catholic is to be loving, nurturing, lyrical and sacramental. We need to prioritise our life of prayer and praise and honour them as being the foundation of what we think theologically.

A salient point she made was that sacramental life is not confined to the celebration of the Eucharist – that the whole of life is sacramental. We must give due attention to our responsibilities towards creation, ecology.   And although we are all different personality types our sacramental life tends to compress everyone to the same response level. We will get further in ecumenism by sharing, praying and eating together. Our liturgies need to be more varied, not simply confined to the Eucharist. We need to demonstrate the relevance of our faith by developing liturgies that connect with issues of social justice.

The second contribution was made by husband and wife team, Seamus O’Gorman and Patricia Higgins – who brought their 3 month old son, Paddy, with them. He is still being breast fed and we learned that Archbishop Diarmuid Martin had no objection to Paddy being fed when his parents met with him a few weeks ago. Neither did our audience! It is the most natural thing in the world and we were here to listen and to talk about families, after all.

Seamus spent 19 years as a Jesuit priest before leaving to marry Patricia. Although not canonically married (as he would have to go through the long, tortuous process of laicisation) it was obvious to anyone there that this is a truly wonderful partnership.
Patricia spoke passionately and eloquently about their love for God and for each other. To me, this was the highlight of the day. That awareness of God is so striking in this relationship. God is the third person in this marriage. As Patricia said, when people bemoan the loss of a priest when he leaves to get married, the Church should be rejoicing that they are getting two for the price of one. The spouse can be such a tremendous asset to the priest and the church community.

Not everyone, I thought, is gifted with such passion, eloquence and gifts of the Spirit. This testimony was a beautiful example of love in action. That was another of those moments that will stay with me.

Their remit was “The lived reality of combining family life with active participation in the Church.” They spoke of the difficulties, especially the time factor in rearing children whilst working full time, of the fragile realities of that – troubled by financial pressures, housing, health issues and so on.  People need to be real with each other and we need to create a space for people to speak their truth. The lived reality of family life is ordinary but the Synod Fathers meeting at this time in Rome aren’t living the reality of family life with its messiness and its pressures. I sensed that most people there felt that there was an incongruity in the fact that all these elderly, celibate men were making decisions about something of which they had no direct experience.
Seamus shared his awareness of God’s extraordinary love for each and every one of us and his conviction that married couples need to allow space for that. Marriage for Seamus has been a huge blessing. “Let’s not wait but create the spaces we need”, he said – words which resonated with me. 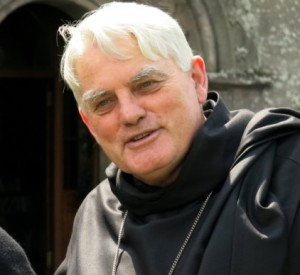 In the afternoon Mark Patrick Hederman, OSB, took to the floor.   He admitted that his relevant experience of family life is ‘questionable’ – which brought a smile to our faces. He reminded us that God had promised that the Holy Spirit would be with this organisation, the church, until the end of time – and stated a firm conviction that there was no need to start another Church.
The Church as an organ of salvation springs from a direct personal relationship with the Holy Spirit. Love began the Church and love is its end. It is a living organism, alive and active here. We should pray that whatever we do today should bring about the will of God.

He reminded us of Newman’s proposing in 1859 that the laity should have some say, and that Vatican II (1962-65) had also emphasised the idea of the sensus fidelium – the entire body of the faithful, according to Lumen Gentium – not erring in matters of belief.
He pondered aloud if Pope Francis could effect the changes he so wonderfully articulated in Evangelii Gaudium. Could one man pit himself against the deeply conservative, entrenched views in one of the largest congregations in the world? A synod should be a way of finding out how we can find a way forward, finding that out from ordinary people.

“Don’t look for power”  Abbot Hederman warned us. We need to rely on the Holy Spirit and be prepared to accept responsibility with others to help guide the Church into the future. 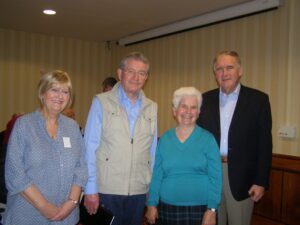 I came away feeling a strong sense of community. Even though there was no one from my parish or my diocese (as far as I am aware) I had bonded with these people. I know many of them intimately and love them dearly. There is a sense of belonging which we all need but there was also a sense of hope and of encouragement – and that alone can nurture and sustain anyone who struggles in their faith life. The Holy Spirit is alive and working through Pope Francis, I believe – and may God give him many more years of good health to continue as he has begun. Mercy and compassion and deep love for humanity are his hallmarks,  and hopefully those will spread like a virus among the rest of us!