So concludes John Allen’s assessment of a Roman summit conference of the Catholic Church’s bishop-leaders of national churches throughout the world, called by Pope Francis for February 2019.

Called in the wake of the latest waves of clerical child abuse revelations – especially in the USA and Germany – this gathering follows mounting concern about the disarray of Catholic bishops globally.  The issue of the cover-up has been joined by the question of the survival of the pope’s vision for the future of the Catholic church, as an effective refuge or ‘field hospital’ for the world’s poorest, including refugees.

Conservative critics of the pope have attempted to fasten blame for the abuse crisis upon gay clergy – and are using this analysis to imply that the pope is wrong to prioritise solidarity with the poor and the marginalised over a renewed emphasis upon what they see as fixed and immutable teachings on sexuality and marriage. 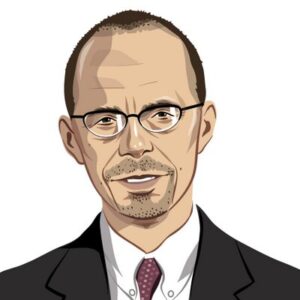 John Allen’s analysis of the February summit as a possible ‘make or break’ point for the present papacy is likely to be taken seriously by many of the bishops concerned.   Regarded by many as the leading English-language commentator on Catholic affairs – especially the papacy – Allen heads up the CRUX Catholic news site and is often ‘quickest with the latest’ when it comes to an authoritative take on whatever affects the papacy.

The Irish Catholic Church will probably be represented at the February conference by Archbishop Eamon Martin of Armagh, President of the Irish Bishops Conference.    Speaking at the August World Meeting of Families in Dublin, Archbishop Martin declared that the clerical child abuse issue had undermined the church’s ability to communicate its message on marriage and the family.

“There are those who feel they can no longer trust our message, perhaps because they have been directly hurt and betrayed in their families by their experience of Church, or because the revelations of such heinous crimes have shocked them to the core.”