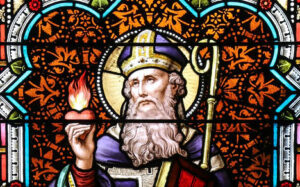 St Augustine of Hippo – mistaken on sexuality and Original Sin?

According to an article in the French journal La Croix International, many Catholic moral theologians in France agree with a recent polling of ordinary French Catholics by the journal – that the traditional ‘fixation’ with sexuality – and the confusion caused by treating all sexual transgressions as equally serious – is counter-productive and needs to end.

Other French theologians argue that re-formulating Church teaching on human sexuality is one of the most “urgent” and most “difficult” challenges facing contemporary Catholicism.

France’s  ‘Independent Commission on Sexual Abuse in the Church‘ (CIASE) – which recently published a devastating report on abuse cases over the past 70 years – agrees. It wants church leaders to study “how the paradoxical excess of Catholic morality’s fixation on sexual matters may have a counter-productive value in the fight against sexual abuse”.

The CIASE report suggests that the failure to distinguish the greater seriousness of the abuse of another person – a child especially – may have misled even some priests into far more serious offences.

In a tradition arguably descending from St Augustine of Hippo (354-430 CE), Catholic teachings on sex tend to be grouped together under the sixth commandment – “Thou shall not commit adultery.”  For St Augustine sexual desire results from original sin and can only be sinless in the begetting of children. This increasingly criticised position influenced, for example the 1968 church document on birth control Humanae Vitae – which has seriously divided the global church ever since.

While many moral theologians and ethicists in France want to see change on this issue, many French bishops who were appointed by Popes John Paul II and Benedict XVI are not yet ready for that.  Can ‘Synodality’ resolve this issue – a question of interest far more widely than just France?