For Trump, Christian Faith is ‘Bulls**t’ 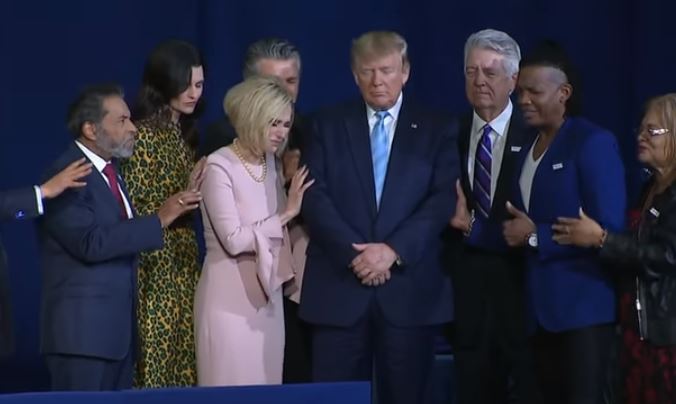 This, according to Michael Cohen – the president’s former and now despised and convicted attorney, was Donald Trump’s verdict following a prayer service held in Trump Tower, New York on his behalf by US evangelical ministers before winning the presidency in 2016 – according to excerpts from Cohen’s ‘Tell All’ memoir, to be published Tuesday Sep 9th, 2020.

The White House has responded on the president’s behalf by pointing out that Cohen ‘admits to lying routinely but expects people to believe him now so that he can make money from book sales’.

On its own Michael Cohen’s account of Trump’s true opinion of Christian faith is worthless – but unhappily for the president it squares perfectly with Trump’s loud daily contempt for ‘losers’ – anyone who fails at the games he knows best: money making, insulting others and bragging about his own peerless ‘smarts’ and expertise. It squares also with his visible lack of empathy for those suffering in this summer of US discontent – especially immigrant families, African American families traumatised by catastrophic policing incompetence and those on the front lines of the struggle to contain the coronavirus epidemic that he dismissed as a hoax when he first heard of it.

It fits perfectly also with revelations of Trump’s incomprehension of and contempt for those who have sacrificed their bodies and often their lives for the core principles of the US constitution he is sworn to defend. In the words of Khizr Khan, father of a US soldier killed in Iraq in 2004 “Trump doesn’t understand sacrifice.”

The truth of that was proven by Trump himself in his grotesque 2016 attack on Republican rival John McCain – captured and tortured by the North Vietnamese when his plane was shot down in that earlier war, in 1967: ‘I like people who weren’t captured’.

To say something so idiotic is to reveal the most childish incomprehension of the horrors of modern warfare – as though that was simply the same as a wrestling ring where the physical strength, skill and endurance of an individual will come out on top. These days Americans are counting the cost of electing a president whose own method of avoiding capture in war as a young man was to stay in New York dealing in real estate while John McCain and many thousands of others were putting their lives on the line in Vietnam.

An inability to understand sacrifice is an inability to ‘get’ the Gospel.  A contempt for ‘losers’ must mean a contempt for the greatest ever ‘loser’ also – the Lord of Calvary. With Trump obviously now ready to foment a race war in America to avoid electoral defeat, the support of some self-identified US Christians for his claim to be ‘pro-life’ becomes daily more mind-boggling.