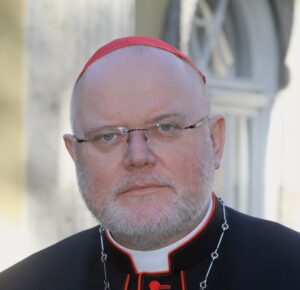 So declares German Cardinal Reinhard Marx, as the Conference of German Bishops prepares to review the tradition of mandatory celibacy for those seeking ordination to the priesthood

“I am certain that the great renewal impulse of the Second Vatican Council is not being truly led forward and understood in its depth. We must further work on that… Further adaptations of church teachings are required.”

With some commentators interpreting this as a prelude to a proposal to abandon celibacy as a precondition for ordination, a connection with the background issue of clerical abuse is impossible to rule out. In 2018 Germany joined other western countries, such as the USA and Ireland, in confronting the reality of widespread clerical abuse and a culture of concealment by bishops

Although it is generally agreed that priestly celibacy is not in itself a cause of child sexual abuse, there is a growing fear that it plays a major part in the tendency of bishops to mishandle the issue – a fear that has not been dispelled by any contrary evidence from any serious research  As yet, despite an obvious need to draw conclusions on the reasons for such widespread administrative failure, no such study has been commissioned by the Vatican.  Meanwhile, especially in the US church, there is deep disagreement among Catholic bishops over the best way forward.

According to Cardinal Marx, 2019 is likely to be filled with “unrest and opposition” within the church on such key issues “but this new thinking is required.”