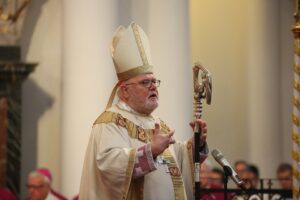 This has brought expressions of concern from Vatican officials, headed by Cardinal Marc Oullet, Prefect of the Vatican Congregation for Bishops.

In the wake of huge upset over the revealed scale of clerical sexual abuse in Germany, bishops there seek to address lay concern more promptly than they feel is allowed by the traditional canonical processes of either a national synod or a plenary council.

Following the sexual abuse scandal and a report on its extent and origins, the German bishops want to address four concerns: power and authority in the Church; sexual morality; the priesthood, including mandatory celibacy; and the role of women in the Church.

For the full Crux report on this controversy, click here.