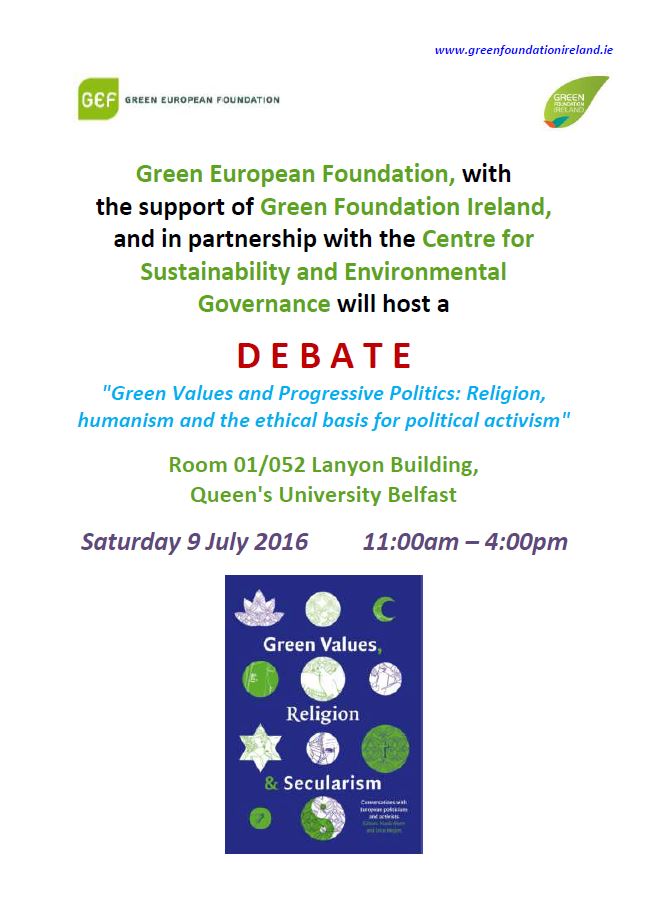 “Green Values, Religion and Secularism” is a book published by Green European Foundation in 2015, in which Green politicians from different European contexts reflect on the relationship between politics and religion, both in their own lives and in society.

(Co-Editor of “Green Values: Religion and Secularism”
and Editor-in-Chief of De Helling, the quarterly of
Bureau de Helling, the Dutch Green Foundation)

There will be responses from Green activists, faith communities and humanists.

Further updates on this Debate will appear on the ‘Green Foundation’ website at
www.greenfoundationireland.ie

The website was taking bookings when this page went up here..

This event is made possible with the financial support of the European Parliament to Green European Foundation.