Half a Loaf is better than no Bread: A Theology of Priesthood for the 21st Century by David Stratton [Kindle edition] (2013) 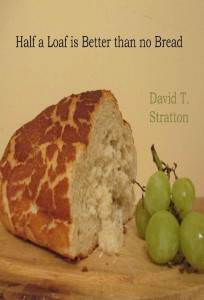 The crisis of vocations in the Church demands an imaginative response.  Might part-time priests be the answer?  There are theological foundations in the bible supporting this idea.  There are insights to be gained too from listening to the modern world.  But, who will take a lead in introducing reform and what might the consequences be for the traditional notion of priesthood?  In this thoughtful and reflective essay, David Stratton explores these questions and throws new light on the understanding of priesthood and what it might mean to be a priest in the 21st century.

Half a Loaf is better than no Bread: A Theology of Priesthood for the 21st Century (Purchase Kindle edition here) August 2013

About the Author
David Stratton was ordained in 1979 and worked for a number of years in Africa in both pastoral and educational roles. After completing a doctorate in dogmatic theology in Rome he returned to Ireland where he married and settled down to bring up a family. He now works in the public sector.