Has Richard Sipe explained the cover-up of clerical child sex abuse in the Catholic Church? 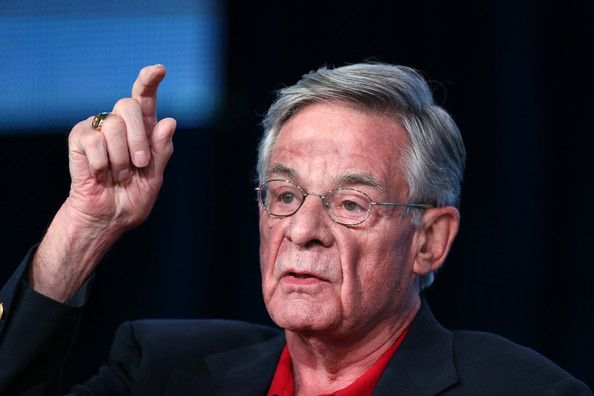 The globally revealed cover-up by Catholic bishops of clerical child sex abuse has never been explained by the Catholic central leadership in Rome.

In the case of Ireland, Pope Benedict XVI in 2010 attributed failures by bishops in the Dublin archdiocese to the ignoring of Catholic canon law – but that raised a further obvious question: if Catholic bishops could rigidly impose Catholic canonical marriage rules on lay people, why did they so often flout canonical rules, and ignore state criminal laws, on clerical sexual abuse of children? That obvious question still hangs unanswered today – even though the very same phenomenon has been revealed on all continents.

The yawning crisis of trust that now exists calls ever more insistently for the church leadership to explain this crisis. As early as 2002 Australia’s Bishop Geoffrey Robinson called on Pope John Paul II to commission a church-wide study of the entire gamut of issues raised by clerical sex abuse – but, inexplicably, that never happened.

This failure now amounts to a cover-up of the cover-up – a dodging of the obvious duty of any global corporation to explain to those who finance it why its ‘shepherds’ have failed, globally, to protect its ‘lambs’, their children – its most vulnerable members.

In the absence of an official explanation the conclusion of an independent researcher, Richard Sipe (who died aged 85 on August 8th, 2018) gathers increasing weight.  While his own research led him to believe that up to 50% of Catholic clergy may be in breach of the rule of mandatory celibacy, multiple instances of clerical child abuse suggested mutually protective relationships between those abusers and other clerics involved in adult sexual relationships. Sipe concluded that a long-standing clerical culture of de facto concealment of this reality had led to an agreed convention of looking-away from all such clerical sexual activity – including clerical abuse of minors.

“Sooner or later it will become broadly obvious that there is a systemic connection between the sexual activity by, among and between clerics in positions of authority and control, and the abuse of children,” he told Bishop Robert McElroy of San Diego in 2016.

“When men in authority — cardinals, bishops, rectors, abbots, confessors, professors — are having or have had an unacknowledged-secret-active-sex life under the guise of celibacy, an atmosphere of tolerance of behaviors within the system is made operative.”

The point is perfectly illustrated in the case of Dublin priest Tony Walsh, described by the Murphy report of 2009 as Ireland’s most notorious child abuser.  Walsh’s predations were known to one of Ireland’s most high profile clerics, Michael Cleary, when the two served together in Ballyfermot, Dublin, in the 1970s.  Although Cleary had a busy schedule in defending the church’s opposition to pre-marital sex to teenagers there is no evidence that he ever sought seriously to put a stop to Walsh’s abuse of children.  Much later it was revealed that Cleary by that same period had made his housekeeper his common law wife.  It is likely that Walsh was as aware of this relationship as Cleary was of Walsh’s criminal paedophilia – a classic illustration of the plausibility of the mutually protective clerical culture that Sipe describes.

And the higher his climb in the church, the further any cleric would fall if such activities became known.  With the exposure of the secret life of retired US Cardinal Theodore McCarrick, Sipe’s conclusion takes on added weight.  On June 20, 2018 McCarrick was removed from public ministry by the Holy See after a review board of the Roman Catholic Archdiocese of New York had found a ‘credible and substantial allegation’  that he had sexually abused a 16-year-old altar boy while a priest in New York in the early 1970s.  Only then did many become aware that Richard Sipe had in 2010 published documentary evidence of McCarrick’s abuse of seminarians in his career as a bishop.  Sipe himself declared that in 2008 he had written to Pope Benedict XVI to tell him that McCarrick’s activities “had been widely known for several decades.”

If this is true, how had McCarrick risen to the summit of the US Catholic church as Archbishop of Washington D.C. in 2000 – becoming the ‘go-to’ Catholic cleric for high profile events such as the funeral service of Senator Edward Kennedy in 2009? Who among the US hierarchy, and even possibly in Rome, was aware of his secret life then?

Once again calls for a top-level investigation of this mystery have so far gone unanswered – but that too is easily understandable if Sipe is right about the scale of non-observance of the celibacy rule. For every day that goes by without the Vatican commissioning the wider study that Bishop Geoffrey Robinson called for in 2002, so also grows the persuasiveness of Sipe’s conclusion about the role played by de facto clerical accommodation of the flouting of the rule of celibacy.

Many totally disillusioned Catholics have already made up their own minds about that – and concluded that the onus of proof of the insignificance of mandatory priestly celibacy in the global cover-up of clerical sexual abuse of children lies now squarely with the Vatican.