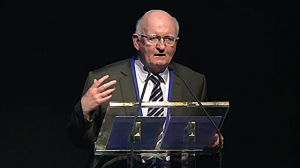 [What follows below is the textual content of a talk delivered by Kevin Egan to an introductory meeting of the Association of Catholics in Ireland at Shalom House, 12 Cliftonville Avenue, Belfast – on December 6th 2014. Follow to the end of the article for a recording of this talk.]

I have discovered over the years that a certain transformation takes place between choosing the title for a talk and the writing of the talk. My working title for this talk reads:

Helping the Church to become self-critical:  Why the laity are best equipped for this role.

If you critically reflect, for a moment, on this title you will see that it seems to contain at least one assumption: namely that the primary function of the laity is to exercise a prophetic role within the church, helping it to critically reflect. No one would dispute that the laity have a prophetic role in the church. However, this should not take from their primary mission which is “applying the Gospel to the transformation of society” (Evangelii Gaudium Par. 102).

As I further reflected on my title I asked myself the question: What is involved in helping the Church to become self-critical? To borrow an insight from Jack Mezirow I would say that becoming self-critical for an individual or institution involves examining the basic assumptions that one acts out of.

Robert Kegan who is a professor in the School of Education at Harvard University uses the term “big assumptions.” What is a Big Assumption? To quote Kegan “the dictionary tells us that an assumption is something whose truth status is uncertain, it may or may not be true.” (Kegan & Lahey 2001, 67). Big assumptions are ones we take as true.

Kegan and his college Lisa Laskow Lahey makes an interesting observation with regard to the way assumptions function. In many instances they are not so much assumptions we have as they are assumptions that have us (2001, 68). What does he mean by this? I think he means that the assumptions control us, often we are not aware of them and they automatically dictate our thoughts and behaviour (2001, 152). 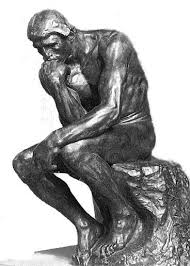 Gould’s examples come from the world of the parent-child relationship. However, I hope to show that they readily apply to the baptized laity-ordained clergy in the church.

30s Life has simple rules and is controllable

mid 30s – 50s. Parents have been overcome and life goes on for ever

I have frequently spoken with fellow baptized Catholics about their identity and sense of belonging in the church and one of the frequently mentioned themes is their desire to become adults in the church. Becoming adult involves out-growing some of those false assumptions that characterized one’s early childhood in the church. As you follow this line of reasoning my guess is that you will find yourself asking the next question: How do we free ourselves from the assumptive world of our childhood?

Robert Kegan whom I referred to earlier breaks it down into four steps:

I am drawing on Kegan’s theory to help frame what we are about here today. I suggest we are about creating a safe place for a modest experiment where we can test our basic assumptions in order that we can move from a place of being controlled by these assumptions to having our assumptions – having gained some distance from them we are then in a position to critically examine them.

What are some of the Big Assumptions we may wish to critically examine?

I will suggest some by way of illustration rather than trying to be prescriptive.

For the final section of my talk I wish to suggest a lens through which you can gainfully read the writings and behaviour of Pope Francis. My suggestion is that you not only pay attention to the content of what he says but go on to ask yourself what assumptive world is he challenging with regard to me and others in the church? 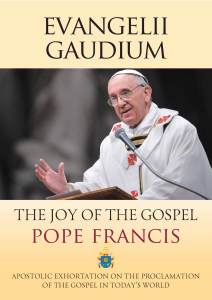 I propose to set up an experiment where we take one paragraph from Evangelii Gaudium and listen for the implied challenge to our assumptive world. I have chosen paragraph 102 as it contains a clear reference to the role of the laity. The opening sentence of the paragraph reads: “Lay people are simply, the vast majority of the People of God. (Percentage wise they make up 98%). The minority – ordained ministers – are at their service.”

This statement challenges a basic assumption held by many good Catholics over the years who have sincerely believed themselves to be the “helpers” of the clergy. Likewise it challenges the assumptive world of the ordained. Their primary role is not to offer the sacrifice of the Mass but to be “servant leaders” in the community. Pope Francis states the obvious that the laity makes up the majority of the people of God. We are to understand the role of the ordained in relation to this group. I am reminded of a comment attributed to Cardinal Newman: “without the laity the clergy would look strange.” (Lakeland 2014, 130).

This paragraph also poses a challenge to those who hold that the flowering of the laity’s role in the church is to be seen in the numbers involved in lay ministries. Francis expresses some disappointment that this involvement “is not reflected in a greater penetration of Christian values in the social, political and economic sectors. It often remains tied to tasks within the Church, without a real commitment to applying the Gospel to the transformation of society.” (E G 102). I am going to repeat that phrase “to apply the Gospel to the transformation of society, ” because it is a statement of Pope Francis’ understanding of the core mission of the Church. I would like to see a group such as the ACI incorporating it into their own mission statement since it describes the core mission of the laity in the Church.

The Vatican based journalist Robert Mickens in a lecture sponsored by ACI compared the pastoral approach of Pope Benedict with that of Pope Francis. Both agreed that the church needed reform but Benedict’s strategy was to first address internal reforms in the hope that would ready the church for mission. Pope Francis, on the other hand, thinks that the church has become too inward looking. His approach seems to be to put the emphasis on mission believing that engaging in mission will lead to the transformation of the church itself. While I am welcoming of many of the lay inspired reform groups that have emerged in recent times such as We Are Church and Voice of the Faithful, I wonder if they are acting on the assumption that the church needs to engage in internal reform before engaging in mission. Does one have to come before the other?

I am suggesting that we read Francis’ words not just for their content but for the challenge he poses to our Big Assumptions. Paragraph 102 of Evangelii Gaudium contains a challenge to the assumptions we have as to how decisions should be made in the Church. Those who follow a hierarchical model of the church assume that authority rests with the hierarchy and they should hold on to the decision making. Francis expresses regret that this has been the case. He complains of “an excessive clericalism which keeps them (the laity) away from decision-making.” (E G. 102).

It is not surprising opposing views were expressed at the Synod where the assumptive world of many of those attending was being challenged. 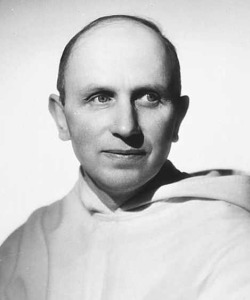 This is a challenging time for laity as they begin to question pastoral practices and assumptions that predate Vatican II and go back to the time of Pius X. It is a liberating time as the laity begins to question and discard some of the false assumptions they were brought up with and begin to function as adults in the church. It is a particularly challenging time for the ordained. In Europe and North America their numbers are declining (14 entrants to Maynooth his year). I think it is particularly challenging as many of the theological assumptions underlying priesthood are up for question. To quote a remark made by the French Dominican Yves Congar towards the end of his life: “it is no longer the layman who stands in need of definition, but the priest” (Congar 1972. quoted in Lakeland 2014, 129). Vatican II did a good job on defining the role of the laity, it was not allowed to examine priesthood with the same thoroughness.

Let me mention a number of reasons as to why I think that you the laity are the best people to help the clergy to critically reflect on their role. First, their role only has meaning because of you. Many priests have gone through a formation programme designed to have them so over identify with their role that it is almost impossible for them to critically reflect on it. In the language of Robert Kegan, the role has them rather than they having the role. Thirdly, you the laity have been a supportive presence to the ordained as they saw their clerical world disintegrate during the sexual abuse crisis. (Gautier, Perl & Fichter (2012, 113). I would dare to say that you have more credibility with priests on the ground than do the bishops to whom they are accountable.

The ACP have played a supportive role in the formation of ACI. As that organization moves forward to face its challenges, the support of the laity and organizations such as ACI will be significant. No group in the church can engage in the process of critical reflection without engaging with other groups. If the core function of priesthood is to serve the laity then it makes sense that the laity should be listened to with regard to the central questions facing priesthood today. Should priesthood be confined to males? Should celibacy continue to be a requirement? Should priesthood be a life-long commitment? The views of the laity are essential to resolving these questions.

Just to recap on the questions raised in this talk: I began by asking what is involved in the Church becoming self-critical? I then suggested it involves examining our basic assumptions. This led on to the suggestion that the journey towards adulthood involves letting go of assumptions originating in childhood. I outlined four steps by which we can critique our assumptive world and went on to frame our gathering here as creating a safe space for a modest experiment where as baptized Catholics we can test some of our assumptions. I then set up an experiment were we looked at a paragraph from Evangelii Gaudium referring to the laity and explored the challenge issued by Pope Francis, to both laity and the ordained, to examine their assumptive world.

Questions for Reflection and Conversation:

Congar, Yves. 1972. “My Pathfindings in the Theology of the Laity and Ministries.”

Lakeland, Paul. 2014. “Set into the Future: The Role of the Laity” in From Vatican II

Listen to a recording of this talk “Helping the Church to Become more Self-Critical” by Kevin Egan, Shalom House, Belfast, 6th December 2014.