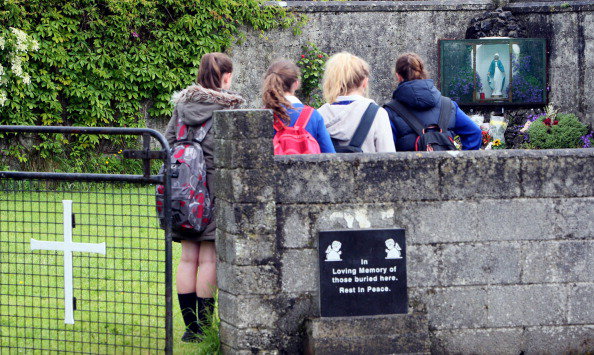 “Galway historian finds 800 babies in septic tank grave”, reported the Boston Globe in early June. As it happened I was in Boston when this story broke, and was soon reading of the necessary corrections by the historian concerned, Catherine Corless.

Yes, close to 800 babies had died in a Tuam mother-and-baby home between 1925 and 1961, but only some remains had been observed by two boys as long ago as 1975, in an area that had once enclosed a sewage tank. The precise location of the rest of those remains is today unknown. Before we can assess as Catholics the full import of these events we must wait for the report of an Irish state-sponsored investigation of this and other similar establishments in the same era.

The phrase ‘culture war’ originated in the United States – to describe especially the battle over the legalisation of abortion and the promotion of gay legal rights. Socially conservative Christians determined to exert pressure on the state to apply its coercive power against the principle of ‘choice’ in these areas are deeply embattled against those who believe the state should have no such role.

In Ireland over recent years an analogous ‘culture war’ has developed – focused especially on the responsibility of the Catholic Church for Ireland’s 20th century miseries. In Ireland too there are ongoing political battles over abortion and gay rights, and inevitably Catholicism is often scapegoated for all that was unjust in the recent past – as a means of undermining any residual hold it might have upon the present and future.

Resentful of this trend, and deeply hurt by over two decades of church scandals, some Irish Catholics are now inclined to hit back with equal vigour. ‘Blood libel’ is one Catholic commentator’s characterisation of the worst of the ‘Tuam Babies’ stories.

Why did Irish Catholic clergy collaborate in shaming women?

Why in particular was there no effective opposition by Catholic clergy in the last century to the social shaming of pregnant and unmarried women? Clergy then were far from slow in naming a wide range of moral defects, especially those in any way concerning the 6th commandment – so why the failure to indict a clear breach of the Great Commandment – ‘Thou shalt Love’ – in the treatment of those seen as failing in that area of sexuality? Why was the compassion so often shown by God in the Bible for the shamed woman not exemplified, vociferously and generally, by our clergy?

In the stories of Hagar the slave girl, of Susanna and the Elders, of the Samaritan woman at the Well and of the woman rescued by Jesus in the Temple, the inalienable dignity of the less fortunate woman is affirmed – so why was this never a major theme of Catholic evangelisation in Ireland? Why instead was there complete Catholic toleration, if not positive encouragement, of the shaming and scapegoating of unfortunate women?

And why was the generic evil of all shaming and shunning, so clearly identified in the Gospels, never strongly targeted in Irish Catholic clerical moralism? Why was it never noticed that the passion of Jesus is centrally about such shaming, expulsion and marginalisation – that the mocking of Jesus with a crown of thorns, and with crucifixion itself, is a divine exposure of the self-righteousness and lack of compassion, and deep injustice, that is present in all such practices?

Recently in the Derry Journal Bishop Donal McKeown identified ‘greed and snobbery’ as the two human qualities he least admires. It was above all Irish middle-class Catholic snobbery – a ‘looking down’ on others – that lay at the root of the ostracisation of the unmarried and pregnant female. It is almost certainly today a continuing factor in the problem of abortion also – so why is snobbery never (in my long experience at least) a target of the homily?

The answer must surely lie in the clerical church’s too long alignment with social elites, in a deficient theological preparation for Catholic ministry, and in the male monopoly of the pulpit.

There is a treasure to be regained by recovering a theological understanding of the dimension that runs between social honour and social shame, so well revealed in the whole of scripture, and especially in the New Testament. It was especially the contemporary brokers of honour and shame in Jesus’ time – the Herods and the Caesars – who were to be exposed and overthrown by the wisdom and humility of Jesus, as promised in Mary’s prophesy, the Magnificat. By implication, all social presumption in the whole of human history is indicted and destined for overthrow.

The fault underlying all Catholic shaming of the unfortunate surely began with the church’s association with social elites, sealed in the fourth century by the conversion of the Roman emperor Constantine. Only slowly, as Catholicism loses all privilege, are we separating ourselves from that mindset. We should surely now see the ongoing revelation of the shortcomings of so much of the Catholic culture of the recent past not as cause for resentment or animosity towards those who revel in it, but as an opportunity to identify the generic problem of social elitism, and to separate ourselves totally from it.

The worst mistake would be to focus solely on the injustices of the anti-Catholic campaign that is indeed being waged. There are indeed new brokers of honour and shame in 21st century Ireland, many clamouring unjustly on this medium, the Internet. There is indeed a tendency now among some to scapegoat Catholic clergy and religious for all that was wrong with Ireland in the last century and even this one. However, to fail to recognise the benefits of the loss of social power and prestige that has overtaken the church in this transition would be another disastrous Catholic ‘own goal’.

Social disempowerment was the role deliberately chosen by the church’s founder.  The church in Ireland will only begin to recover when it realises that disempowerment is a necessary condition of Christian wisdom. We will not be seeing the world as God sees it unless we can see it through the eyes of those today who still suffer social exclusion and marginalisation (for example, asylum seekers). That should be our primary learning from this most recent event, not the need for a new offensive in the culture wars.

The recovery of Christianity in the West generally cannot begin until we fully absorb the lessons in humility that all scandals provide. What’s ongoing in Ireland is also ongoing throughout the West – the necessary demise of Christendom – that attitude of arrogant power that is the fount of all Christian scandal. Loss of all social power and vanity is the very necessary prelude to the recovery of what is truly greatest in our Christian tradition.