“How could this happen?” Archbishop Eamon Martin on Mother and Baby Homes Report 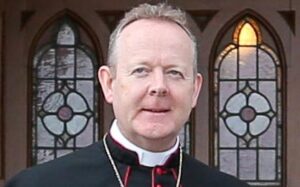 Archbishop Eamon Martin of Armagh has asked all leaders of the Catholic Church in Ireland to study the Final Report of the Commission of Investigation into Mother and Baby Homes in Ireland in the 20th Century.

“I ask all those who are in positions of leadership in the Church to study this lengthy report carefully and especially to spend time reflecting on the courageous testimonies of the witnesses to the Commission. Together we must ask “How could this happen?” We must identify, accept and respond to the broader issues which the Report raises about our past, present and future.”

On Saturday 16th January 2021 the statements of seven Irish bishops on the report could be found on the website of the Irish Bishops Conference.

The report covered the period 1922-98 and concluded that the proportion of unmarried mothers who entered these homes was ‘probably’ the highest in the world.  The women who entered did so, according to the report,  because they did not have the support of their families or of the men responsible for their condition.  The Commission found no evidence that either church or state had forced them to enter.

A total of about 9,000 children died in these institutions, a far higher proportion than in the wider community.  The experience for first-time mothers was ‘traumatic’.

The report has proved highly controversial, with many commentators attributing most blame to the Catholic church for forming the attitudes that allowed this harshness.  The question of reparations has yet to be decided.

The Commission that produced the report arose out of the work of Tuam local historian Catherine Corless, who investigated the Tuam Mother and Baby Home and concluded that almost 800 infants had been buried in ground once belonging to the home, without proper certification.  These conclusions were reported in the Irish media in 2014.

It is not yet clear what ‘study’ of the report by the church will follow, or whether discussion of it will be facilitated by church authorities among the wider church community.