How White Men Lost the Meaning of Redemption 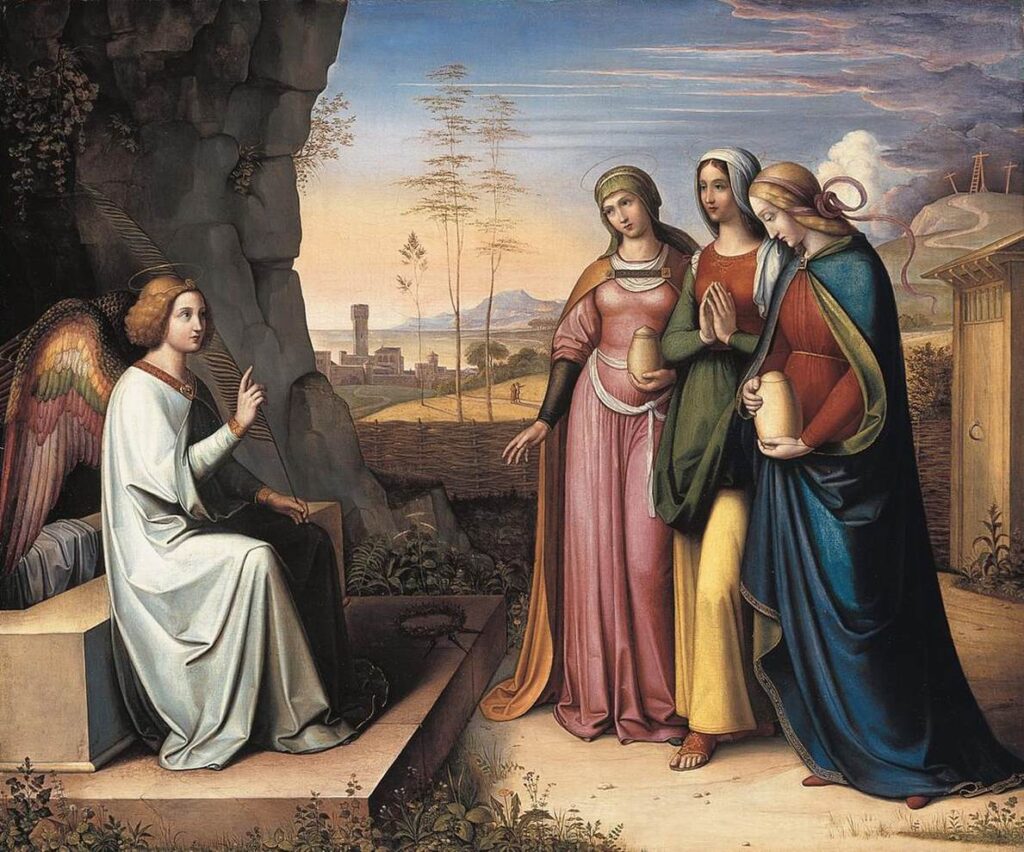 The Three Marys at the Empty Tomb – Peter Cornelius c. 1820

For the earliest Christians, Jesus’s Resurrection had set them free from the worst kind of fear – that the judgement of Rome was God’s judgement also. Without an army, Jesus had defeated the world’s greatest power, simply by speaking the truth. The still living Jesus, their brother and Lord,  was now judge of the living as well as the dead. In their own minds and hearts, whatever others might think, they were beloved children of the only God who mattered.

This was why Jesus was also called ‘Redeemer‘ – liberator – because his forgiveness, experienced before Baptism, had also liberated his earliest followers from the fear that eternal death would follow not only from the mistakes of their own earlier lives but from crucifixion

To ‘redeem‘ was literally to buy the freedom of a Roman slave, so those earliest Christians were truly free in the most important sense.  The greatest power that Rome had – the power to both kill and shame by crucifixion – had been set at nought by Jesus.

That cruel Roman world was passing away.

Two thousand years later a Christian descendant of African slaves in the USA was to write as follows:

“The cross stands at the centre of the Christian faith of African-Americans because Jesus’ suffering was similar to their American experience. Just as Jesus Christ was crucified, so were blacks lynched. In the American experience, the cross is the lynching tree.”
(James H. Cone, The Cross and the Lynching Tree,  Orbis Books, 2013)

James Cone was describing the belief that had led Martin Luther King to give his own life for the cause of African American civil equality in the USA, the Civil Rights campaign of 1956-68.

The same belief – that God and history are always on the side of the enslaved and the abused – the rejected ones – continues to make history today.

The paradox is that James Cone’s own ancestors had been enslaved by white Europeans who also thought themselves Christians. Those white Europeans had instead used the Bible to justify their own greed and brutality.

The white American landowners to whom they had sold their slaves had given the same Bible to those slaves in the hope that it would teach them obedience.  They had no expectation that something utterly different would happen:

Those slaves now saw in the story of the Israelites in Egypt their own story – and in the crucifixion they saw the lynchings that became all too frequent after the US Civil War defeat of the slave-holding southern states, in the period 1865-1945. 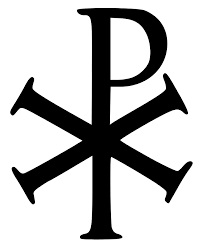 The Chi Rho – early Christian symbol formed by placing the first two letters of the Greek word ΧΡΙΣΤΟΣ (Christos) on top of one another.  It was adapted to become the battle standard of the armies of the Roman Emperor Constantine 312-337 CE 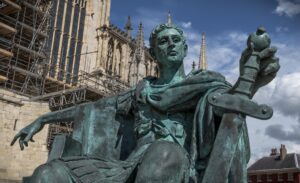 The answer lies in an event that happened just three centuries after Jesus’s time on earth: the decision of the Roman Emperor Constantine to claim in 312 CE that the God of Jesus had helped him win power over his rivals, and would help him to further victories if he marched under a Christian symbol of that time – known as the Chi Rho.

Not all Christians were convinced of the truth of Constantine’s claim – for it was also known that Constantine had earlier claimed the support of the pagan God Apollo.  However, a majority of the Christian bishops decided that the sufferings of Christians under periodic Roman persecution had finally been rewarded, and did not contest this claim.  By the end of that century, 400 CE, Christianity had replaced belief in the ancient Roman and Greek Gods as the official religion of the Roman empire.

This had a profound impact on European Christianity from then on, in three main ways:

This was Christendom – an era that began in the 300s CE and lasted, as a semi-Christian society, until 1914 CE.  Its downfall came when five ‘great’ European imperial powers fought World War I, the most absurd and costly war in history – the Great War of 1914-18 – all claiming that the God of Jesus would help them to victory.

This disaster – its effects still ongoing – has greatly weakened those Christian churches that had supported those imperial powers. It has led many Christians in all traditions to recall that Jesus began his ministry by resisting the temptation to seek any form of political or ecclesiastical power, and that he died holding to that same course. Christendom was obviously not the Kingdom of God, and this is slowly being understood.

James Cone’s statement quoted above helps us greatly both to pinpoint the greatest mistake of European Christian churches in the past and to chart the future.

At the highest level of the church today it is also understood that the importance of Baptism took a negative turn following the Constantinian conversion in the 300s CE:

” Theology and the value of pastoral care in the family seen  as domestic Church took a negative turn in the fourth century, when the sacralization of priests and bishops took place, to the detriment of the common priesthood of baptism, which was beginning to lose its value. The more the institutionalization of the Church advanced, the more the nature and charism of the family as a domestic Church diminished.” (Secretary General to the Vatican Synod of Bishops, Bishop Mario Grech, Civilta Cattolica, 16th October 2020.)

And that is why defending the importance of Baptism and raising its status in the church needs to be a priority for all Irish Catholics today – especially because of the continuing power of clericalism – a mistaken exaggeration of the importance of ordination.  Clericalism pays only lip service to Baptism.  In particular, Irish clericalism still denies the baptised people of God the ordinary necessity of frequent dialogue. This in turn means that clergy are too often unable to help lay people to develop a mature Christian faith that is free of the need of clerical approval and oversight.

Yet,in 2020, as Catholic clerical morale reaches its lowest ever ebb in Ireland, many Irish Catholic lay people are discovering that the Holy Spirit, the counsellor promised by Jesus, is always at their elbow, reminding them that with the fullest understanding of the Apostles Creed comes a freedom greater than they have ever known. It does not matter that due to its mistaken alignment with wealth and power in the past, Catholicism is written off by today’s fashionable opinion-makers.

Those same opinion-makers existed in Jesus’s time – he called them ‘the world’. Knowing that world was passing away he left to all Christians a far greater faith in the living presence of the Holy Spirit and in the better world to come.

In the end all human judgement and social and spiritual pretence is set at nought by the Cross. It is our pride, our mistaken pursuit of superiority, that leads to snobbery, inequality, clericalism and injustice in all eras.

Prayer – especially reflective prayer on the Apostles Creed – will remind us that it is the Trinity – Father, Son and Holy Spirit – who are the true Lords of Time.  As ever we are all equally and infinitely loved, and need to believe this firmly to become a true Christian community – and heralds of the world to come.