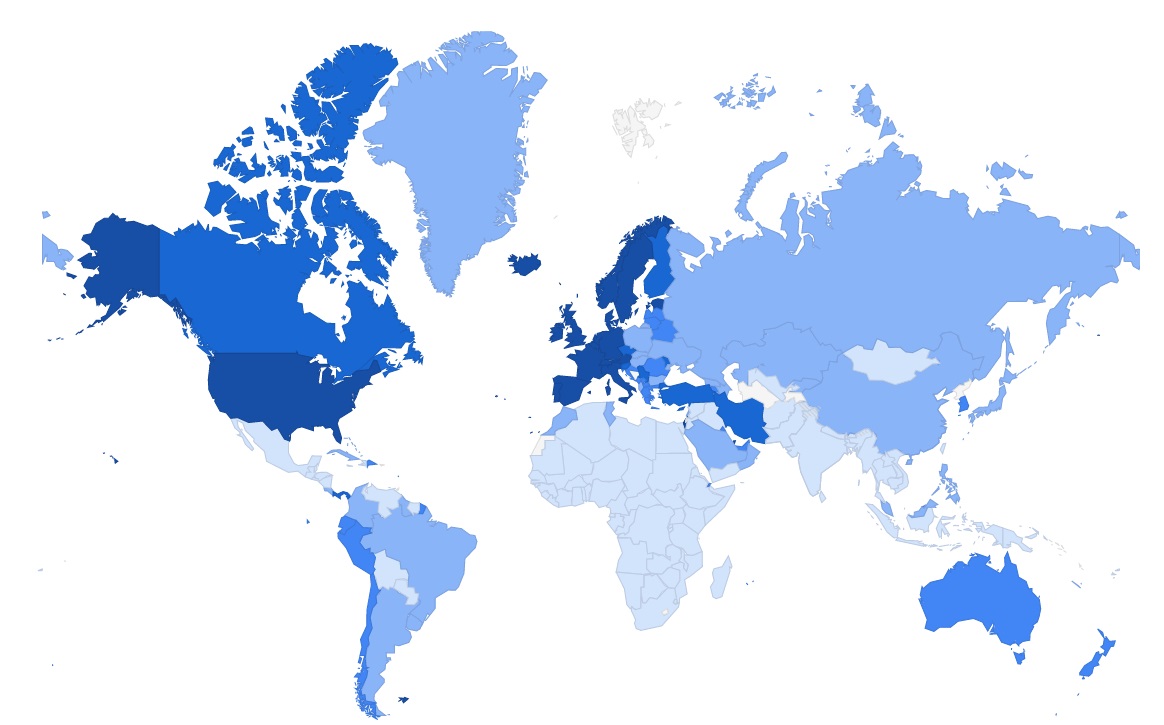 History teaches us that pandemics can change things dramatically. Although the death toll was massively higher during the plague of Justinian (541–542 AD) which undermined the Byzantine Empire, or the Black Death in the middle of the 14th century which wiped out one third of the population of Europe, during the next five years Covid-19 is also set to change history – and maybe even more dramatically.

Given the fact that many people are in lockdown and out of work, people are assessing what the economic impact of the pandemic will be. Already, we have seen that global economic projections made in January 2020 have collapsed. In January 2020, the International Monetary Fund (IMF) projected a global growth rate of 3.3% in 2020.

In a speech before the spring meeting of the IMF and World Bank, which is being held online from 17 to 19 April 2020, the managing director of the IMF, Kristalina Georgieva, stated that “global growth will turn sharply negative in 2020.” She continued saying that “we anticipate the worst economic fallout since the Great Depression.”

How do the poorest do ‘social distancing’?

Since January 2020, the media has followed the spread of Covid-19, which began in China, then moved on to Korea, Italy, Spain, Britain, Ireland and the United States. In all of these countries, it is possible to ‘social distance’ and wash one’s hands, but it is not possible for the T’boli people of Southeast Mindanao in the Philippines whose lives I shared as a Columban missionary during the 1980s.

How can your social distance or wash your hands when ten people share a two-room house without running water?

This is not just a problem for the T’boli, but for one quarter of the world’s population who do not have access to running water and adequate sanitation. It is feared that, given how contagious Covid-19 is, it will wreak havoc in India, Latin America and Africa and cause millions of deaths because their public health systems are rudimentary.

ECONOMIC NEEDS OF THE POOR.

The economic consequences for the poor are also being overlooked. On 9 April 2020, Oxfam International in a report called Dignity not Destitution warned world leaders that, unless richer countries commit to a rescue package of $2.5 trillion dollars, about a half a billion people might be pushed back into poverty by Covid-19. Many rich countries are currently engaged in providing multi-billion dollar or euro stimuli for those who have lost their jobs. Poor countries cannot do this, so the money from the $2.5 trillion dollar rescue package would provide cash for those who have lost their incomes and a bail-out for small, vulnerable businesses.

Will the First World cancel the debts of Destitute Nations?
The money could also be used to cancel the staggering $1trillion debt which poor and developing countries are due to pay in 2020 to richer countries and institutions.

Finally, $1 trillion would provide a new international reserve for economically poor countries. But will rich countries, who are borrowing phenomenal amounts of money for their own domestic needs, even think of responding to the plight of poor people globally?

PANDEMICS AND THE DESTRUCTION OF BIODIVERSITY

In discussing Covid-19 in an interview with Austen Ivereigh in The Tablet, Pope Francis called to mind the Spanish phrase “God always forgives, we forgive but, sometimes, nature never forgives.” [3] However, in his “Urbi et Orbi” (To the City and to the World), address given after Easter Sunday Mass on April 12th 2020, he focused exclusively on the human element of the crisis. He acknowledged that “the world already (is) faced with epochal challenges and (is ) now oppressed by a pandemic severely testing our human family.” He continued that “this is an Easter of solitude lived amid the sorrow and hardship that the pandemic is causing, from physical suffering to economic difficulties.”[4]

COVID-19 A RESULT OF DESTRUCTION OF THE NATURAL WORLD?

All this is true, as people are shocked by the pain and death of loved ones and the economic chaos that Covid-19 is causing. However, many commentators on Covid-19 fail to make any connection between it and the destruction of the natural world which, in little more than two decades, has given us Covid-19, SARS, MERS, Ebola, HIV, Zika, and H1N1.

Why no preaching on the impact of climate change and loss of bio-diversity on world health, world poverty?

Similarly, on Good Friday, I listened to Christian, Muslim, Jewish and Humanist leaders speaking on RTE, Radio 1 about the celebration of Easter, the Passover and Ramadan in the context of the Covid-19 pandemic when worshippers will not able to gather physically in churches, mosques and synagogues.

No one mentioned the fact that large-scale deforestation, habitat degradation, intensive agriculture, trade in species and climate change all contribute to biodiversity loss and, in the process, facilitate the rise of new pandemics.

For a long time, we have known that viruses and pathogens have leaped from other species to the human population. However, the destruction of biodiversity means that these events are happening much more frequently now than in the past. Worse still, pandemics will continue to happen at an even greater rate in the future unless we change some of the practices listed above. Thankfully, we are much better placed to survive pandemics than previous generations were as we expect our scientists to come up with cures or vaccines to protect us. But, given that humans are colonising every ecosystem, we can expect more frequent and more deadly pandemics in the future.

At the moment, the human population stands at 7.8 billion but it is expected to increase to 10 billion within the next 30 years.

Many people believe that the corona virus first jumped across to humans who were working at a ‘wet’ market in Wuhan in China in December 2019.[5] In these markets, animals who would seldom encounter one another in the wild such as civets, live wolf pups and pangolins, are crammed together into small cages, often in filthy conditions. This is an ideal environment in which to incubate diseases that will spill over into the human population.

Who is connecting their own future health with the need for respect for the animal world – and calling for an end to unhealthy conditions on factory farms and to ‘wet-markets’ altogether?
That is why Elizabeth Maruma Mrema, the acting executive secretary on the UN Convention on Biodiversity, said that countries should ban ‘wet’ markets.[6] At the moment, China has introduced a temporary ban on ‘wet’ markets. The secretary general of the China Biodiversity Conservation and Green Development Foundation, Jinfeng Zhou, has called for a permanent ban on all wildlife markets.

The ethicist, Viveca Morris, who is the executive director of the Law, Ethics and Animal Program Yale Law School, writing in the Los Angeles Times points out that the Chinese are not the only ones involved in trading wild animals. “Every year, Americans pay to capture, box-up, and import hundreds of millions of live animals for agriculture, the pet and aquarium industries, and other uses.”[7]

Morris asks us to look at what we are doing in our modern, industrial farms. In many places, we crowd cattle, pigs, chickens, turkeys and other animals into crammed living spaces. These situations can become a breeding ground for viral and bacterial pathogens, so to ensure this does not happen, we lace their feed with antibiotics. This, of course, creates the perfect conditions for antibiotic-resistant pathogens to develop and thrive.

Who will be prepared for the next pandemic – if we ignore any of the major lessons of this one?

We humans pay the price in the form of drug-resistant UTIs and MRSA infections. This kind of farming also increases the risk of deadly viral epidemics such as the 2009 H1N1 outbreak that sickened 59 million people.[8] The ways humans destroy much of the natural world and engage in factory farming is based on the fallacy that what we do to the natural world will not have a negative impact on human health and well-being. Covid-19 tells us that this untrue. Either we need to drastically change our ways of relating to the natural world, or get ready for the next pandemic. The choice is in our hands.

Footnotes – some of which are clickable within the article.