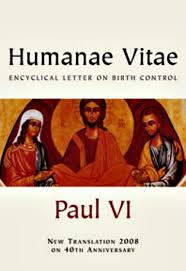 “Those who believe that the church’s ban on artificial contraceptives does not matter need to hear this wake-up call: Untold numbers of women and children have died, will die and are dying right now as a direct consequence of Humanae Vitae.”

So argues Jamie Manson in an article for National Catholic Reporter – one of a series to mark the fiftieth anniversary of Humanae Vitae this year.

Because in many of the poorest communities around the world women need to rely on Catholic charities for family planning advice, the denial of contraception by these contributes to high levels of unplanned pregnancy, abortions and deaths in childbearing, Manson argues.

“There is something bizarre and unseemly about a group of celibate men who have such a preoccupation with controlling women’s fertility. One cannot help but wonder to what extent this obsession relates back to the hierarchy’s own training for the priesthood.”

To access this complete NCR article, and the rest of the series on Humanae Vitae, click here.