“I Am Very Sorry” : Pope Francis to Canadian First Nations 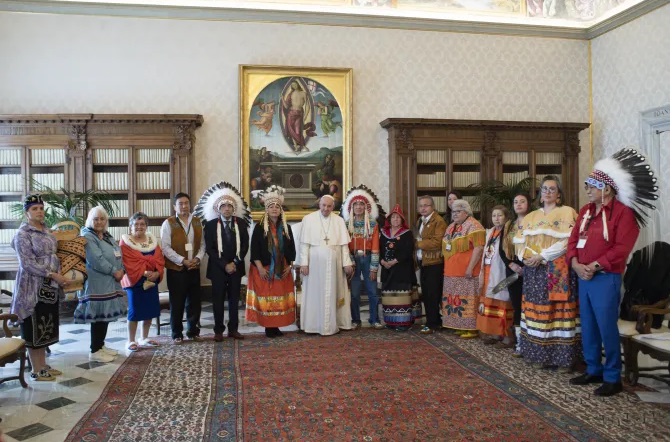 “I feel sorrow and shame for the role that a number of Catholics, particularly those with educational responsibilities, have had in all these things that wounded you, the abuses you suffered and the lack of respect shown for your identity, your culture and even your spiritual values.”

On April 1st 2022, this was Pope Francis’s formal apology for the abuses suffered by the indigenous peoples of Canada from European Catholic colonists of Canada – including especially Catholic clergy – from the late 1800s to the 1990s.

“For the deplorable conduct of these members of the Catholic Church, I ask for God’s forgiveness and I want to say to you with all my heart, I am very sorry. And I join my brothers, Canadian bishops, in asking your pardon,” the pope said.

More than 150,000 indigenous children were forced to attend Christian schools to deal with what was once called the “Indian problem.”

Children were forcibly separated from their families for years and forbidden to acknowledge their  heritage and culture or to speak their own languages.

At least 4,100 deaths have been documented at the former residential schools, where thousands of confirmed and unmarked graves have been found.

“It is chilling to think of determined efforts to instill a sense of inferiority, to rob people of their cultural identity, to sever their roots, and to consider all the personal and social effects that this continues to entail: unresolved traumas that have become intergenerational traumas,” Francis said.

Pope Francis told the Indigenous delegates that he would travel to Canada around the July 26 Feast of St. Anne, the “grandmother of Jesus”, for whom the Indigenous of Canada have a great devotion.

“This year I would like to be with you on those days,” he said adding that he would be happy to benefit again from meeting them when “I visit your native lands, where your families live.”