“I was naked and you clothed me…” – Margaret Kennedy 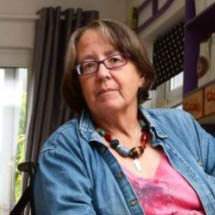 Dr Margaret Kennedy is a survivor of sexual abuse in early life, and a campaigner on behalf of other victims. Author of a seminal doctoral study of clergy abuse of women, she has also sought healing – for herself and others – in Christian liturgy and prayer.

A founding member of MACSAS (‘Minister and Clergy Sexual Abuse Survivors’) Margaret believes that she survived and became healed through the compassionate care of those who ‘clothed’ the spiritual nakedness caused by her worst experiences.