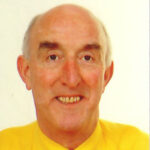 Aidan Hart is a former Head of RE in schools, with experience as a N.Ireland Department of Education inspector for school-based religious education, and in the facilitation of inter-Christian and inter-faith discussion.  Here he responds to the reported call by Bishop Donal McKeown of Derry for the adoption of a ‘mission’ stance by the people of Derry diocese.

Bishop McKeown’s  call to ‘mission’ suggests a local diocesan programme with many possibilities. However, it still has to move from vision to detailed plans, from aims to objectives, from generalisations to practical programmes of action, from Bishop to local clergy and laity.

It is particularly interesting in light of Pope Francis’ reported statement that he is not going to impose change but to decentralise authority back to local bishops and await their requests.

The idea of training is sound and very necessary but possible participants will first want to know: ‘training in what, to do what and for whom?’ This will need to eventually become a diocesan wide programme involving every parish.

One hopes local clergy and parish councils were consulted before this statement went to press and became public. Without their full commitment and co-operation it will remain another unfulfilled possibility.

We in ACI are right to raise several important questions that as yet remain unanswered. At this stage it is impossible to know all the details of the final destination of the process. However people need  to feel assured that the journey of consultation, discussion and decision making is moving in the right direction of travel, by planning to address all the key issues – with full commitment to activating fully all agreed decisions. Nothing should be ‘off the table’.

Does Bishop McKeown’s ‘missionary programme’ envisage enough serious change to begin to turn around the current exodus from the Church? Is it a vision for the future or a return to the Church as it once was before the Second Vatican Council?

For example, is it prepared to discuss burning issues such as:

I invite the reader to suggest any other important issues that need to be addressed with urgency or which of the above should not be on this list.