Ireland’s ‘Synodal Pathway’ – Should I Bring My Umbrella? 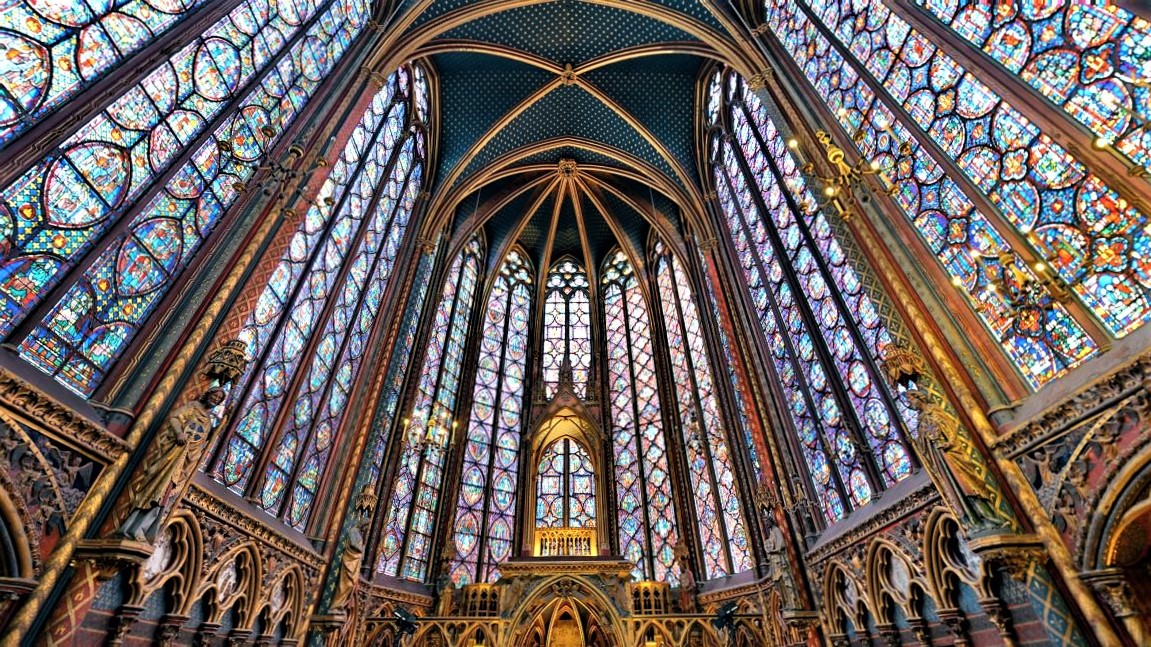 Sainte Chappelle, Paris – an architectural miracle. The Irish Catholic Church needs a miracle of another kind!

Are flying pigs a more likely prospect than reform of the Catholic Church?  Peter Torney looks at challenges to his own optimism.

In a recent document released on Thursday 10th March the Irish Conference of Bishops announced that the Irish people of God are going on a long five-year walk down a Synodal Pathway towards a National Synodal Assembly for the Catholic Church in Ireland.

The itinerary is set out in a series of sections – a background comment; a context section – setting out challenges and hopes with a series of underlined topics – and some final sections setting out the timetables and planning phases etc. We will have to wait and see how it all translates into action.

What are we as laity to make of this? Well, it is clear that a ‘walking together’ such as this would probably not have occurred in the two previous Pontificates. But Synodality is a favourite theme of Pope Francis and its implementation is moving ahead with varying degrees of success, and especially well in Germany. (The issues currently being raised by that particular ‘Synodal Walk’ are no doubt causing Vatican officials to choke on their Valpolicella.)

Some of the underlined topics listed in the Irish document make interesting if at times puzzling reading. Take for example the seventh and last underlined point – Honouring the Contribution of Women. We could wonder why this most important issue is the last in the list of seven topics rather than first. Is this an unconscious slip of the pen revealing unwittingly what these men really think – that honouring women is something to be pinned on at the end?  Or is it such a ‘hot potato’ that they wish it would just ‘go away’!

Women will be delighted with the text I’m sure, where it says – ‘we acknowledge the critical need to honour the contribution of women’. However, I’m fairly sure that many women would probably have felt much more honoured if it read – ‘we will be demanding that women be given full equality with men in both Canon Law and Church policy, thus opening up for women the same pathways that are open to their male counterparts’.

The arguments mobilised by the Ecclesiastical establishment to justify the status quo on female ordination are less then compelling to many, and have been effectively criticised and deconstructed. Indeed, when the John Paul II  pontificate tried to prevent any further discussion, there was a failure to recognise that this was implicitly to lose the argument.  It is a pity to see, in the twenty-first century, a large theologically sophisticated and spiritually rich Christian denomination, with 1.2 billion members, still denying half of their number the rights ceded to the other half. It should be no surprise that young people look askance at seeing their womenfolk denied natural justice in this way – what many would argue is a basic human right.

And this leads me back to the first of the underlined topics in the document – Secularisation of Society. Here the focus is on the rapid transformation of Irish society in the past fifty years and the acute awareness of the huge challenges this has raised, ‘bringing with it a major decline in the practice of the faith and in the number of vocations to the priesthood and religious life’.

This blaming of secularisation and rapid social change are common tropes mobilised by senior religious professionals to account for the decline in both Church attendance and vocations. In part it is correct. But in another way, it is incorrect, and we could wonder together, if the Church must look in other places as it wrestles with this crisis. Let me explain briefly what I mean.

The changes that have occurred in our human understanding in the past fifty years have been staggering. The stunning technological innovations and inventions, the ever-expanding horizons of insight in the sciences be they in physics, the biological sciences, neuroscience, the social, economic, and political sciences, the arts – the list is almost endless. It is the case that both human history and our self-understanding have changed more in the past fifty years than in the whole of previous human history.

How is the Church to deal with this wonderful effervescence of human understanding? The late Bernard Lonergan SJ – seen by a growing number of scholars as the greatest Catholic thinker of the twentieth century – put his finger on the problem in a series of essays in the nineteen sixties, and in his famous book Method in Theology which some would see as the natural sequel to his magisterial text Insight: A Study of Human Understanding. 1

For Lonergan the problem was a crisis of culture. Thoroughly familiar with his Aquinas, he realised through his understanding of human understanding, that the classical world view upon which much Catholic theology and Catholic philosophy rested was an inadequate platform for engaging with this ‘new’ world of human development and of scientific method and understanding. The Herculean task awaiting theologians involved welding the ‘old’ and the ‘new’ into a new synthesis, uniting both the vetera and the nova. 2

Alas, Church authorities seemed to retreat back into their bunkers after Vatican 2, ceding the monitoring of theological development to, amongst others, the CDF and thus leaving any unfortunate creative theologian to the tender mercies of the epistemologically authoritarian men who ran that particular Vatican agency. We should all be inclined to wonder about the negative impact of this on the Church, which seems to have disabled its ability theologically to meet the contemporary challenge. 3

Continuing my own walk around this interesting document I was quite struck by the section entitled – Connecting with Young People. I must admit honestly that the first thought that popped into my mind as I read this section was – ‘and good luck with that, mate!’ Young people seem to me to have a studied disinterest in matters religious. It brought to mind also a comment made by Diarmuid Martin the recently retired Archbishop of Dublin, when he said some time ago (if my aged memory serves) that Irish youth were over catechised and under evangelised. Perhaps he was right, and the task is one of igniting the light of the risen Christ buried deep in their hearts, as it is in the hearts of us all. But clearly our Churches are emptying of young people, and it is an issue that probably will come up time and time again in this long Synodal walk.

As I come to the end of my wee dander around this document, I’m wondering, as I’m sure you do too, about what has been left out.

One glaring omission amongst others that I noticed was the lack of a separate section given over to the role of the laity, and how we can make our voices heard, amongst other things. Yes, I did see the wording in other sections, for example in the section on women, where we read about – ‘new models of co-responsibility and leadership involving all lay people – women and men’. And the section on Listening to the Cry for Transparency – all 1.5 lines of it – where it says – ‘We hear a cry for transparency, greater participation and accountability in the Church’.

It’s great to hear that the Irish Episcopate has got its hearing back at last – a miracle of almost Biblical proportions. But we will have to wait to see if any clear concrete proposals emerge regarding a voice for the laity that would be enshrined in Canon law, and that will cement the Church’s teaching contained in Lumen Gentium 37, a point frequently highlighted on this website by Sean O’Conaill.

Regarding the term ‘transparency’, I can see these ecclesiastics still love their little joke. So transparent where they during the abuse crisis, that investigative journalists, numerous lawyers, many state agencies and the judiciary had to use the equivalent of Kango hammers to winkle out the necessary information for the relevant reports etc, a situation summarised in excoriating detail in the Dail by the then Taoiseach, Enda Kenny. So yes, some new thinking about ‘transparency’ would be good. But why only 1.5 lines in this section? And why is it classified as a ‘Cry’ for transparency? Very strange. Are these gentlemen prone to a little melodrama do you think?

Well, I must bring my little dander around this document to an end and return to my pew – I’m elderly and a little puffed. I wonder if the Irish Bishops will, like their German counterparts, stop looking over their shoulders at the Vatican Curia and its intimidating gaze, and in an independent and courageous way have the bottle to deal with some very awkward issues that need to be aired,

What’s that I hear from across the floor about pigs and flying? Oh please! Let’s have a little respect! This is not the time for cynicism! Try and cultivate, at least this once, some faith and generosity of heart for Heaven’s sake!

Now where did I leave that umbrella?