Irish Church Schools: Have they Failed? 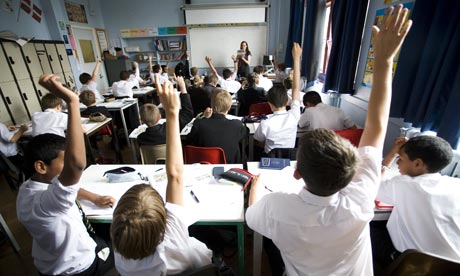 “Would the Celtic Tiger madness have overrun this country with such a devastating effect if our church-run schools were successful in instilling Christian values in our population?

“Would developers have been as reckless had church-run schools been effective? Would bankers have driven the economy over a cliff? Whatever happened that laudable “Protestant probity” once associated with Irish banks?”

These and other questions are asked in an opinion piece by Patsy McGarry, religious affairs correspondent of the Irish Times, on November 15th, 2017. (Rite and Reason: church-run schools have failed at a deeper level)

We in ACI are also asking questions of our Catholic school system, especially with regard to the failure of the Irish bishops to publish research on the growing problem of the visible abandonment of religious practice by younger generations.  (See ‘Ongoing / Faith Formation’ above.)

However, is it fair to fault schools for failing to ‘teach morality’, when always the external society into which school children emerge will provide role models that exert a most powerful influence?

Does not the problem lie rather in a failure of pastoral insight into what is so commonly dismissed as ‘greed and corruption’, and a failure to engage adults with the task of ongoing faith development in a rapidly changing society?

Multiple witnesses already testify to the fact that young people are finding Mass ‘irrelevant and boring’.  This suggests a critical failure at the level of priestly formation in the psychology of ‘social climbing’ and its connection with what the Gospel calls ‘worldliness’.  The preaching of the church is too often completely disconnected from the psychology of a ‘country on the make’ – and, half-a-century after Vatican II, most of our priests shy away from the task of engaging their people in discussion of all that.

No teaching takes place without vigorous adult dialogue – and this is the crucial missing key to changing and developing the minds of Ireland’s school leavers.  When they see their parents completely disengaged from the intellectual life of the church, what models can they follow for vigorous participation?

To re-engage everyone our clergy need to develop a passionate commitment to the principles of Catholic social teaching – especially the principle of social solidarity.  Tax avoidance and the seeking of an exclusive jet-setting lifestyle are root sources of homelessness, for example – and that needs to be preached vigorously in our churches.  Why should young people turn up in church if clergy turn the social Gospel into a bland and disconnected comfort zone for everybody?